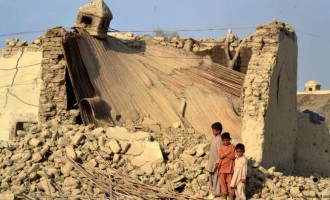 PESHAWAR: Owners of around 36000 families whose houses were destroyed during military operations against militants in Fata have still not been compensated.

Data obtained from Fata Secretariat showed that survey of around 70,000 has been completed of which 52229 houses were declared completely destroyed while 18286 houses partially damaged.

The data showed owners of 34160 houses are compensated while remaining owners have been awaiting compensation so far.