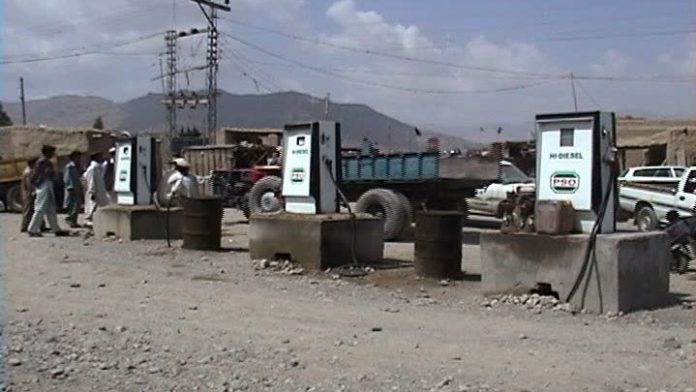 PESHAWAR: The owners of petrol pumps which were damaged in North Waziristan tribal district during military operations have said that they have not received compensation for their damages.

The North Waziristan Petroleum Association president Malik Raqeeb Gul along with other representatives of the association said while addressing a press conference at Peshawar Press Club on Friday that a total of 70 petrol pump owners suffered damages of about Rs565 million during military operations. They said they approached every relevant quarter in the previous government and the current government and got assurances that their problem will be addressed, but nothing was done practically.

Malik Raqeeb said that funds have been released for rehabilitation of houses and markets in North Waziristan which were damaged during militancy and military operations. He claimed that the funds also include compensation money for petrol pump owners, but they haven’t received it so far. He said payment of compensation is underway in North Waziristan to the owners of damaged houses, shops and other properties. He said this is a good opportunity and filling station owners must also be included in the compensation payment process.

The Petroleum Association president said the petrol pump owners have also staged several protests for payment of compensation, but no heed was paid to it by the concerned authorities. He said they still haven’t received any solid guarantee from the government for payment of compensation. Malik Raqeeb said the businesses suffered huge damages during law and order problems in North Waziristan and now they need help to resurrect their businesses. He said the petrol pump owners have been ignored continuously, which is a cause of grave concern.