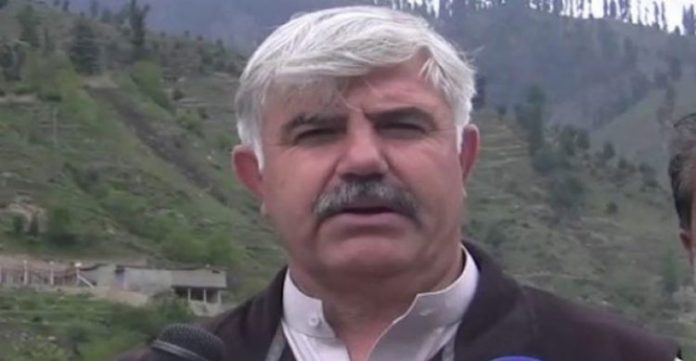 PESHAWAR: Khyber Pakhtunkhwa Chief Minister Mehmood Khan has said that the government will soon announce a package for the people of North Waziristan tribal district.

The chief minister said this in a meeting with a delegation of traders community of Miranshah Bazaar of North Waziristan at the Chief Minister House in Peshawar on Wednesday.

Mehmood Khan said the people of North Waziristan have offered matchless sacrifices for the country. He said the area people also suffered huge losses in the war against terrorism. He assured that the government will compensate the people for North Waziristan for their damages.

Mehmood Khan directed the Relief and Rehabilitation Department to acquire report about damages in North Waziristan from the Fata Disaster Management Authority (FDMA) and deputy commissioner of the tribal district and submit it to him. He said the report will be presented in a special cabinet meeting so that funds could be acquired from the federal government for this purpose. He also directed that a meeting must be called to devise strategy for payment of compensation for the damages.

Mehmood Khan assured the delegation that he will do his best to make sure that the traders are compensated according to their damages and the federal government will be contacted in this regard soon. He said he is well aware of the problems of the people of the tribal districts. He said all the genuine demands of the tribal people will be accepted. He said the government will take steps for bringing speedy development and prosperity in the tribal districts.

The chief minister said a new era of development has been initiated in the merged tribal districts and the day is not far when these areas will be developed like settled areas.