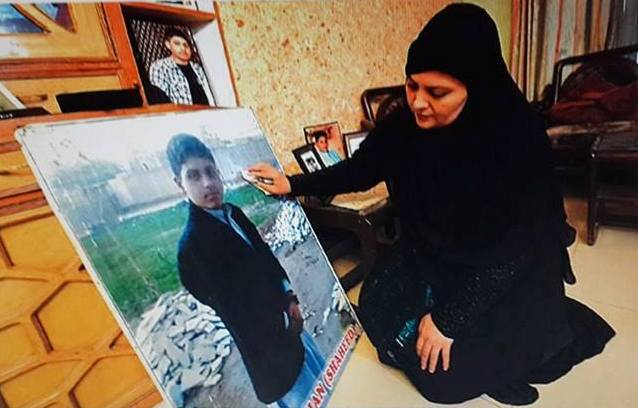 PESHAWAR: It is impossible to forget about my elder son Asfand Khan. His martyrdom at such a young age broke my back. We remain in deep pain while remembering him all the times.

Ajun Khan said his son was martyred after being hit with a bullet in the head. “I consider myself the most unfortunate father on the earth after shouldering the janaza (funeral) of my young son and burying him with own hands,” Ajun Khan said as sadness was quite visible on his face.

Ajun Khan said the whole family gathers once a month for Quran Khwani for Asfand and talk about him. He said the sorrow and grief of his son’s departure at such an early age is a thing which will never go away. He said that being a lawyer he has decided to dedicate his life for getting justice for the APS martyrs and his efforts in this regard are proving fruitful. He said he is satisfied with the role of judiciary to get justice for the martyrs. He said he is confident he will face the APS martyrs on the Judgement Day with his head held high for his efforts for getting them justice.

In the most heinous and brutal terrorist attack in the history of Pakistan, 147 innocent students and staff members were martyred in the APS on December 16, 2014.

On the sixth anniversary of the APS attack, parents are still waiting for justice for their martyred children.