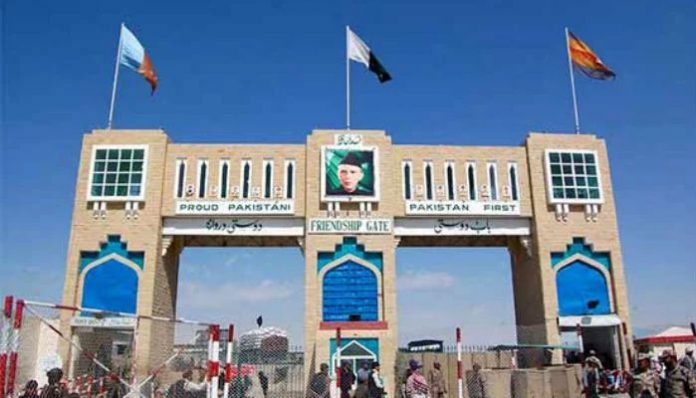 PESHAWAR: Pakistan has decided to close its border with Afghanistan in Chaman after emergence to two more coronavirus cases in the country.

The officials of the Interior Ministry said the border will be closed for one week from tomorrow amid the threat of the spread of coronavirus from Afghanistan in Pakistan. Several other steps have also been taken in tribal districts to protect the people from the disease and isolation wards have been set up for suspected patients at District Headquarters Hospital Parachinar, Kurram tribal district.

At least three coronavirus cases were confirmed in Herat province of Afghanistan last week after which Pakistan stepped up measures to protect the people from the virus. The medical teams at the Bab-e-Dosti area already present who are screening each and every person coming from the Afghan side. Similar medical team is also present at the Pak-Afghan border in Torkham which is screening the incoming people.

“Four persons are now being treated for COVID-19 in Pakistan. All four patients are being handled according to clinical protocols. Contact tracing is underway, and we will make sure that all concerned are well taken care of,” Dr Zafar said.

Dr Zafar, however, did not share personal details of patients, and also requested the media not to do so and respect the privacy of the patients and their families. He said all necessary protocols are adopted and the patients are provided best possible treatment.

So far, more than 86,000 people have been infected from coronavirus, mostly in China. On Saturday, several European countries announced new cases. Iran revealed another jump in infections, and Qatar became the latest Middle Eastern country to report its first case.

Pakistan has already closed its border and flights with Iran and people coming from the neighboring country are quarantined.