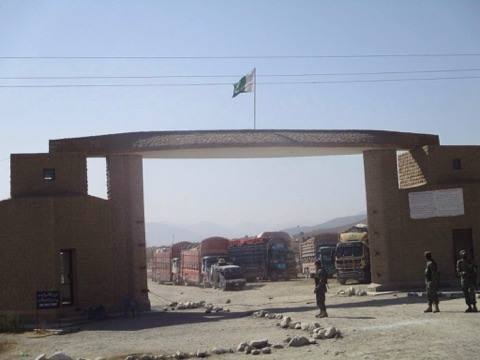 PARACHINAR: After reopening of Torkham, Chaman, Ghulam Khan and Angoor Adda borders, now the Pakistan government has also opened the Pak-Afghan border gate in Kharlachi, Kurram tribal district, to facilitate the traders on both sides of the border.

The border crossing was closed in March for bilateral trade after the outbreak of coronavirus.

The Pakistan Army’s Brigadier Najaf Abbas said while talking to media persons that the departments concerned were working out a comprehensive plan to provide all essential facilities at the border crossing. He said all the steps have been taken at the border to implement the standard operating procedures (SOPs) to avoid the spread of the virus.

Brigadier Najaf said formal trade has already started with Afghanistan through Kharlachi crossing, which was the nearest point with Kabul. He said a plan was under consideration to set up godowns and a terminal in the border area to facilitate the traders. He said a clinic will also be set up in the area to provide healthcare facilities to people if needed.

Traders in the area expressed happiness over opening of the border terminal. They said the border reopening will facilitate the traders on both sides of the border and job opportunities will be created with promotion of trade.

The traders said the Kharlachi terminal must also be opened for general travel to facilitate the people. They said Kharlachi terminal is the nearest to the Afghan capital Kabul which is a hub of travelling. They said Torkham, Ghulam Khan and Angoor Adda borders have been reopened completely and its benefits are quite visible, therefore, the Kharlachi border must also be reopened completely.

They traders also praised the security arrangements for traders at the border terminal.

Earlier, the Pak-Afghan border gate in Angoor Adda in South Waziristan was reopened for trade and movement of people.

The opening ceremony was organised on Friday which was attended by Brigadier Ubaidullah Anwar, Colonel Junaid Mehmood, tribal elders and Ulema.

The trade union members, tribal elders and other local people thanked the government and the Pakistan Army for reopening the border. The local people and traders said their difficulties will significantly reduce with the reopening of the border.