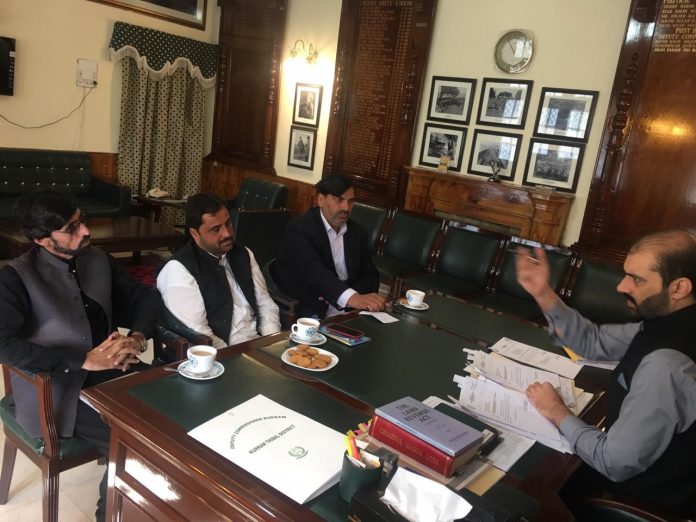 PARACHINAR: Deputy Commissioner District Kurram Shah Fahad has said on Friday that Pak-Afghan border will remain closed for two days due to security concerns on the occasion of Chehalem of Shuhada-e-Karbala in district Kurram.

Talking to the media in Parachinar, Deputy Commissioner furthered said that a Crisis Management Cell has been set up in Parachinar on the occasion of the Chahalm Shaheed Karbala and the Afghan border has been closed for two days in view of security concerns throughout the district.  “We have made strict security arrangements for the mourners and processions. The police force, other security forces and the local administration have completed all arrangements to maintain peace,” said Shah Fahad during a press conference.

He added that the purpose of all the sticky measures is to provide complete security and protection to congregations and allow the people to organise congregations with religious zeal and devotion and respect in all the Imam Bargahs, said Deputy Commissioner. He added security for sensitive places has also been enhanced and national volunteer and Tribal elders are also serving in this regard in the district.

October 15, the security situation was deteriorated when father and his son were shot to death outside session court in Parachinar of ​​Kurram district after they were released on bail. After the incident, hundreds of people come out on road and burned vehicles demanding the KP government to arrest the killers and provide justice to the bereaved family. The local said that it is very disappointing that the people of the area have taken the law into their hands to give the incident a colour of sectarian violence which is the result of personal enmity.