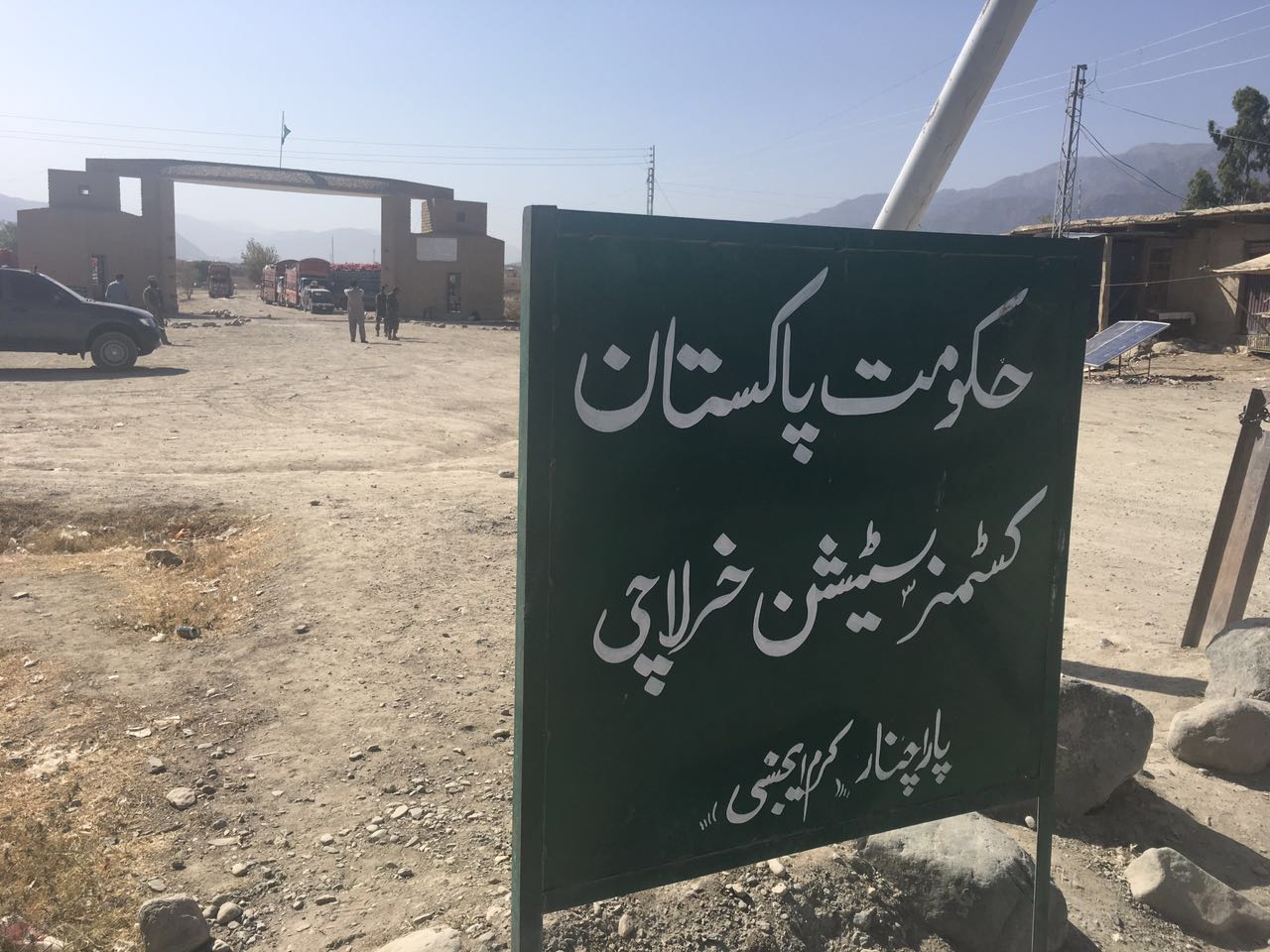 PARACHINAR, 28 October: Hundreds of trucks loaded with goods on both sides of Pak-afghan border has been standing since last 13 days due to closure of Kharlachi border in Kurram Agency.

Traders union, drivers and residents have been facing immense problems due to closure of the border. “We could neither go back nor the security forces allow us to cross border since last 13 days,” claimed Sajeed Gul, a driver.

The drivers complained that most of trucks were loaded with perishable commodities and urged the government to reopen the border.

Traders union leaders Haji Masayeb Hussain and Rauf Hussain said that traders on both sides have been suffering losses worth millions.

The political administration claimed that the border could be opened on permission of the federal government.

The border was closed after three blasts took place that claimed lives of four security personnel on Pakistani side.