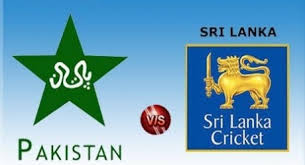 PESHAWAR, 3 June: Pakistan has announced its 15-members squad for test series with Sri Lanka which will be led by the Misbahul Haq.

The three-match test series between Pakistan and Sri Lanka would start on June 17 in Sri Lanka. Pakistan would also play five one-day international (ODI), and two T20 matches in its tour. The teams for ODIs and T20 would be announced later.