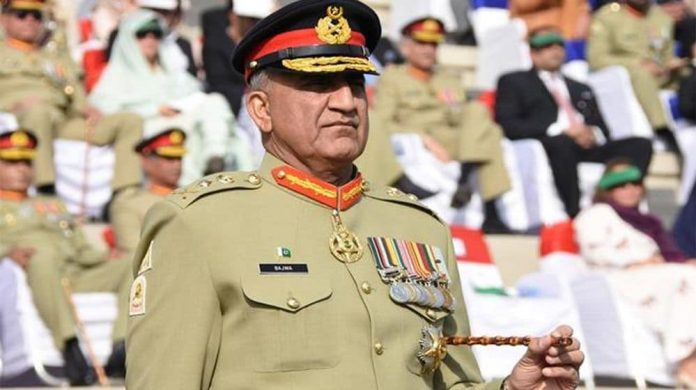 PESHAWAR: Prime Minister Imran Khan has extended the tenure of Chief of army staff General Qamar Javed Bajwa for a period of three years, said a notification issued from the Prime Minister House on Monday.

“General Qamar Javed Bajwa is appointed Chief of Army Staff for another term of three years from the date of completion of current tenure,” read the brief notification issued by the prime minister’s office, available with TNN.

Gen Bajwa was appointed as the chief of army staff by former Prime Minister Nawaz Sharif in November 2016. The extension of Qamar Bajwa’s tenure comes amid heightened tensions between India and Pakistan over the political situation in Jammu and Kashmir.

General Bajwa has taken a strict stance on the Khashmir issues and said the reality of Kashmir was neither changed by an “illegal piece of paper” in 1947 (Jammu and Kashmir’s accession to India) nor by any action “now or in future” (Abrogation of Article 370 and bifurcation of state).

Pakistan Chief of Army staff has made it clear that Pakistan Army firmly stands by the Kashmiris in their just struggle to the very end and the army is prepared and shall go to any extent to fulfil the obligations towards the people of Jammu and Kashmir.

Qamar Bajwa was appointed the chief of the Pakistani Army in November 2016 by then Prime Minister Nawaz Sharif, who is now in Jail in corruption charges. The 58-year-old general was expected to retire this year, after serving the chief of army staff for three years.

General Bajwa belongs to the Pakistan Military Academy’s 62nd Long Course. He was earlier the commander of the Rawalpindi Corps and went on to become the Inspector General of Training and Evaluation at the Pakistani Army headquarters.