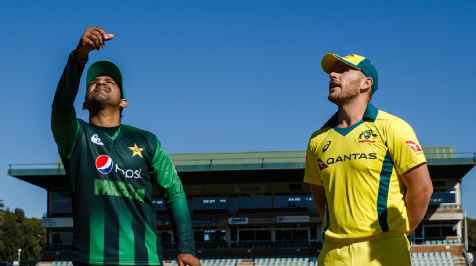 HARARE: Pakistan beat Australia by six wickets in the final of tri-series at Harare on Sunday.

Australia won toss and chose to bat first setting a target of 184. Pakistan chased the target due to a sensational knock by Fakhar Zaman (91 off 46) and Shoaib Malik’s poised 43.

This is Pakistan’s ninth consecutive T20 series win. This also their first win in a tournament final over Australia after 28 years.

Earlier, Australia and Pakistan faced each other twice in the round robin stage of the T20 tri-series in Zimbabwe.

On the first occasion, Billy Stanlake and Aaron Finch blew Pakistan away for the win. Then, it was Pakistan’s turn to even things with a comprehensive show with the bat and the ball. However, in the all-important final, it was Pakistan who came up trumps.