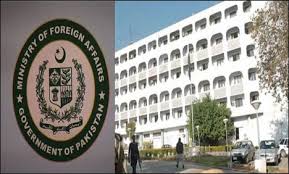 PESHAWAR, 27 June: Pakistan has sought help from the British government for having access to the facts and evidences of a recent report of the British Broadcasting Corporation (BBC) on Mutahidda Qaumi Movement (MQM).

A few days back, BBC reported that two accused leaders of MQM told the investigators in London that their party gets financial assistance from India.

Pakistan Foreign Office has sent a written request to the British government, stating that the contents of the reports have extraordinary significance for the security of Pakistan. Bearing in mind the sensitivity of the issue, Pakistan should be given access to the facts and evidences of the reports as immediately as possible, the letter stated.