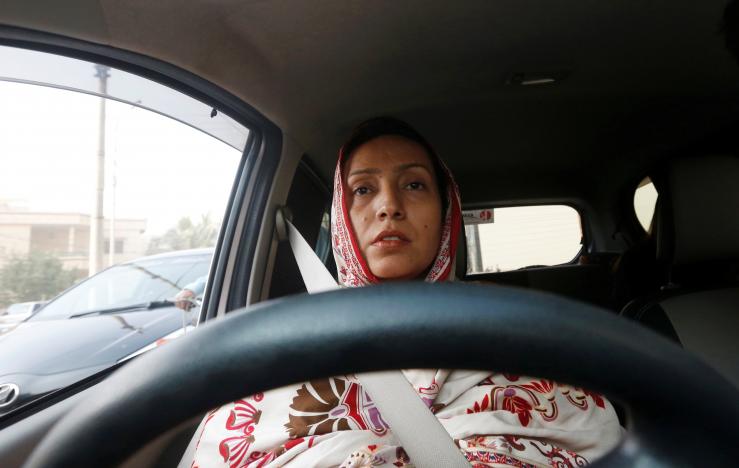 PESHAWAR, 8 January: Like other fields of life, women of Khyber Pakhtunhwa and FATA have also started learning driving and they are now fulfilling their needs of life without being dependent on male members of the family.

“Women driving was an unknown concept in our village. I was the first woman to step up and learn driving,” said Maheen Khan, a working woman and a research student of the University of Peshawar, who lives in Mardan.

Maheen used to face difficulties in reaching her college and other routine tasks after which she decided to learn driving. Now she carries out all her work and travels anywhere with ease after learning driving.

“I am now able to go anywhere even if male members of the family are not available. Now there is no need to wait for long for arrival of males to carry us to our destination,” she told TNN.

Although the number of women drivers like Maheen is not higher in KP and FATA owing to some cultural restraints, but Pakhtuns are also understanding with the passage of time that like education, driving is also a need of life. This is the reason that women are also seen driving vehicles on roads of Peshawar and other parts of the country.

Maheen said she had no permission from her family to drive the car and the surrounding people were also not very welcoming to this idea.

“To some people, women driving is very unusual and they refuse to accept it. My father was also opposing this idea, but he was very happy when he saw me driving the vehicle skilfully,” Maheen said.

A number of government and private driving schools are nowadays offering driving courses for women. Nilofar Sami, who runs a driving school, said about 800 women have learnt driving from her school so far.

“We have started driving classes for women to enable them to stand on their own feet and make them self-sufficient. We are teaching driving skills to them through professional methods. We teach the women about right parking technique through the use of reverse gear. We make them drive on busy roads and cross chowks and drive along with heavy vehicles on the road to remove their fear and boost their confidence,” Nilofar said.

“We are hundred percent satisfied with women drivers as they have licences and they hardly violate any traffic rule,” a Traffic Police official told TNN.

Maheen says she observes full parda while driving. She hoped that other people will also encourage their women members of family to learn driving.