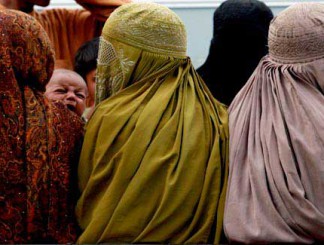 PESHAWAR: In the patriarchal Pakhtun society, girls often did not get the proper attention and education which they deserve, due to which they lag behind in the race of life.

From the very beginning, boys get preferential treatment in education and other facilities. As such, females get fewer or even no opportunity at all to pursue their dreams, while males enjoy all available facilities and backing of their families in their endeavours.

Boys are given freedom of movement and choice to pursue a profession and make life for him after standing on his own feet, while girls are married off at the age of 18 years are even earlier than that.

Most women don’t get share in the family’s assets or property and always remain dependent on male members of the family. In some areas seeking share in property is considered an insult for a woman. As a result, women always remain dependent on males before and after marriage. Parents’ property is divided among sons and daughters remain deprived. Instead, daughters are married off with huge dowry according their standing to support the husband’s family.

Women are left powerless and dependent upon men so men can easily take control of them. Women are left helpless, homeless and powerless. Some men allow their wives to take freedom and control within the realm of the household, but some are so depraved that they treat them as prisoners which is against the teachings of Islam.

The worst thing is that women can’t get their share in property as not any woman has got her share in her parents’ inheritance yet. Islam teaches that women should get their due share, but these teachings are not being followed. Why don’t the Pashtuns think about it? A woman also wants to earn with respect like her brother. She can start a small business from her share and maintain her family with respect. Pashtun women have talent and ability like women from other parts of the country, but they did not get opportunities because they don’t have financial support. Women must get education, share in property and all other facilities are they are also human.