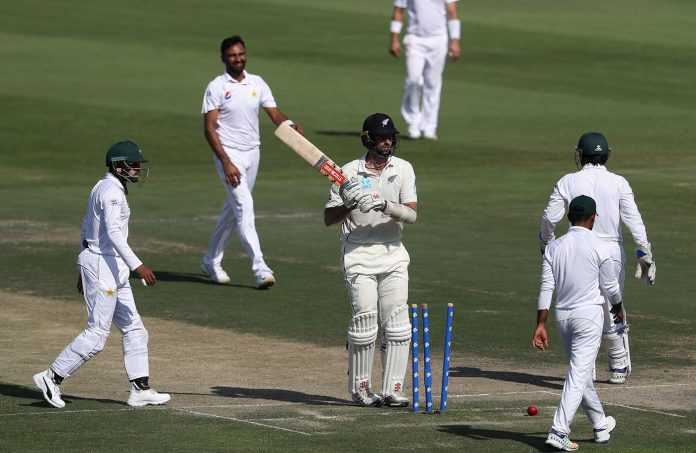 PESHAWAR: After an even contest on first day of the third Test between Pakistan and New Zealand in Abu Dhabi, the second day’s honours were also even on Tuesday.

Pakistan in their first inning were playing on 139/3 when the day’s play ended. Azhar Ali was the pick of batsmen for Pakistan who was unbeaten on 62, while Asad Shafiq was playing on 26. Openers fell cheaply with Imamul Haq scoring 9 and Hafeez losing his wicket without scoring. Haris Sohail got going, but lost his wicket on 34.

Mohammad Hafeez, who struggled for form during the ongoing Test series, has announced retirement after the ongoing match.

After the second day’s play, Hafeez said he is retiring from Tests to focus on shorter formats. The 38-year-old said he is targeting to play the next year’s ICC World Cup. He said it was an honour playing for his country in 55 Tests. He said Pakistan have exiting talent in all the formats and they have bright future.