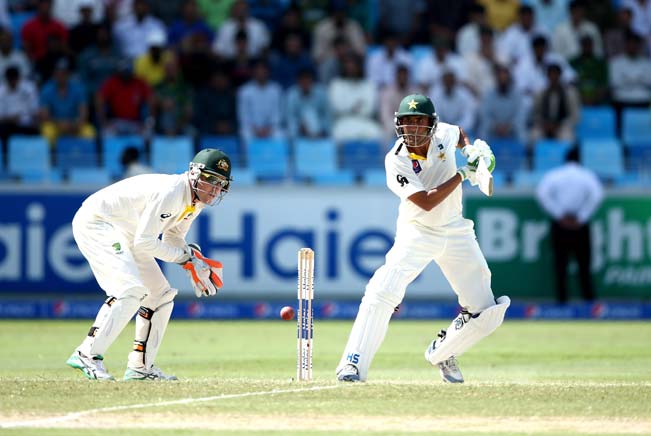 PESHAWAR, 26 December: The second Test between Pakistan and Australia has been stopped due to rain in Melbourne. Pakistan were 142/4 when the play was interrupted.

Jackson Bird has taken 2 wickets whereas Josh Hazlewood and Nathan Lyon have taken one wicket each.

Azhar Ali is unbeaten on 66 while Asad Shafiq is not out on 4.

Earlier, Pakistani captain Misbah-ul-Haq had won the toss and elected to bat in the second Test against Australia in Melbourne on Monday.

The visitors made one change, with right-arm paceman Sohail Khan replacing left-armer Rahat Ali while the host fielded the same squad which beat Pakistan by 39 runs at Gabba.