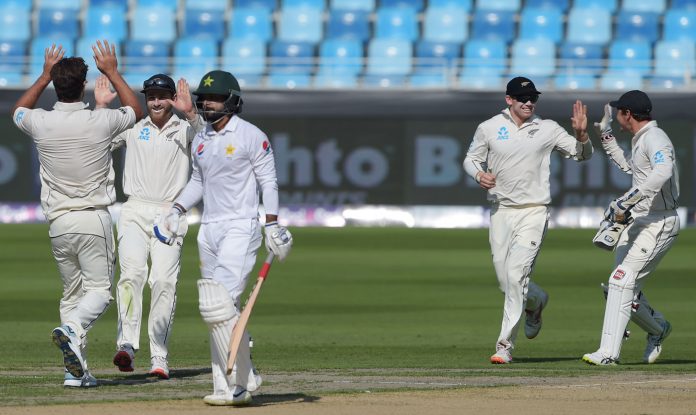 PESHAWAR: Pakistan scored 207 runs for the loss of four wickets at the end of the first day’s play in second Test against New Zealand in Dubai on Saturday.

Pakistan decided to bat first after winning the toss. The openers departed early with Imamul Haq and Mohammad Hafeez scoring 9 runs each after which Azhar Ali and Haris Sohail slowly built the innings for stability. Azhar was out on 81, while Haris Sohail was unbeaten on 81.

New Zealand bowling was disciplined throughout the day and they conceded just one extra run. Grandhomme got two wickets and Ajaz Patel took one wicket.

Pakistan will be looking to play as long as possible and extend the first inning advantage and then put New Zealand under pressure.

Both the teams fielded unchanged line-ups from the first Test. New Zealand are leading the series 1-0.