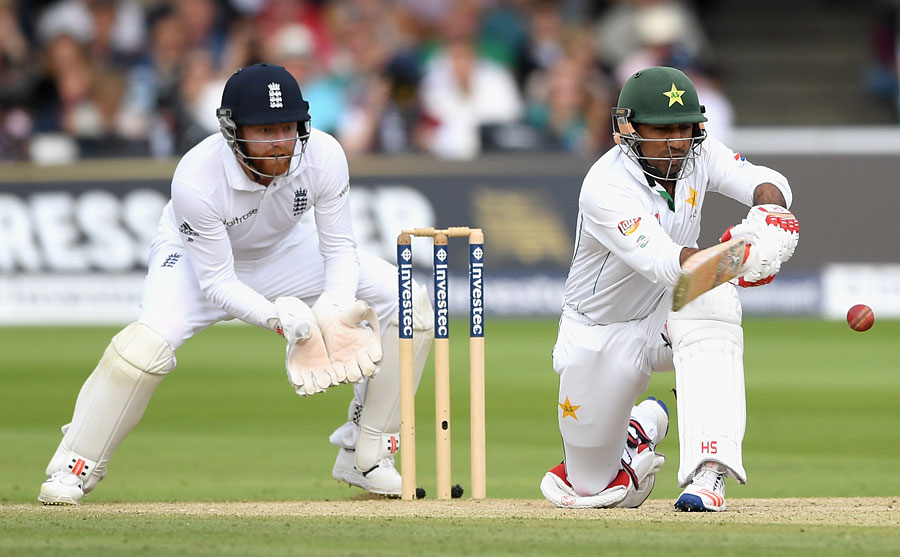 PESHAWAR, 17 July: Pakistan scored 214 runs for the loss of eight wickets at the end of the third day’s play in the first Test against England at Lord’s cricket stadium on Saturday.

Now Pakistan have collective lead of 281 runs with two wickets to spare. Asad Shafiq scored 49 runs for Pakistan in the second innings, while captain Misbahul Haq was out for a duck.

Earlier, England were all out on 272 runs in their first innings in reply to Pakistan’s 339. The fourth day’s play will begin at 3:00pm (PST) at Lord’s.