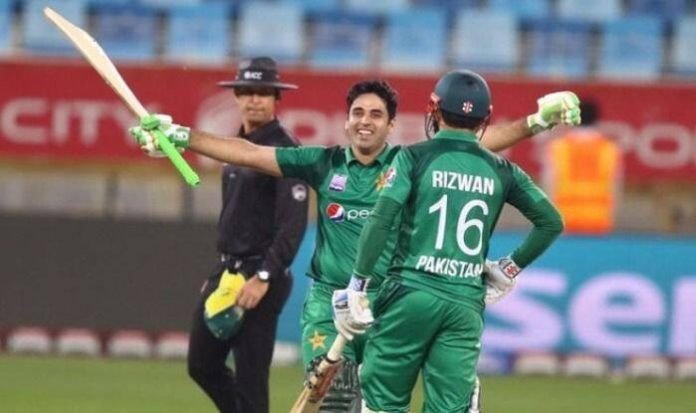 PESHAWAR: The Pakistan Cricket Board (PCB) has announced squads for the T20 and Test series against Australia starting on November 03.

Mohammad Irfan is back in the squad after a long break, while Mohammad Rizwan has replaced former captain Sarfaraz Ahmed. Sarfaraz Ahmed was under pressure to retain his place in the squad due to his poor batting form, while Rizwan was continuously performing in the domestic circuit and he also played well in the UAE series against Australia.

Opener Abid Ali and left-arm spinner Kashif Bhatti have also been named in the squad, while middle-order batsman Iftikhar Ahmed and fast-bowler Imran Khan Senior were recalled for Tests. Iftikhar has earned the call to Test squad due to his achievements in the domestic circuit.

Musa Khan was also included in the T20 side along with uncapped middle-order batsman Khushdil Shah and wrist spinner Usman Qadir.

Hasan Ali remains out of team due to back injury, while Shaheen Shah Afridi is named only in Test squad after injury comeback.

Misbah said he wishes to play aggressive and attacking cricket. The chief selector and coach said the main target is to perform well in the Test series and improve Pakistan’s ranking.

“Our aim is to move up the Test rankings and begin the Test Championship strong. There is a need to play a different brand of cricket, the balance of the squads is reflective of us having options to play aggressive, attacking cricket,” Misbah said.