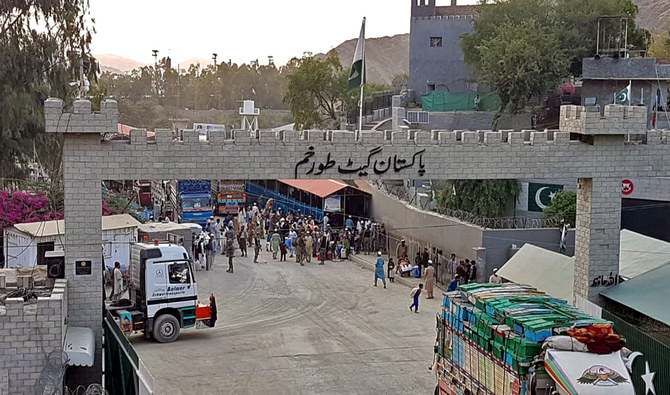 PESHAWAR: With the Afghan presidential elections just around the corner, the government of Pakistan has announced on Thursday the closure of all passageways and cargo terminals along the Pak-Afghan border from September 27 to September 28.

It was decided to take strict security measures along the Pak-Afghan border in wake of Afghanistan’s presidential elections.

According to a statement issued by Foreign Office, due to the presidential elections in the neighbouring country, strict scrutiny of all pedestrians and commercial vehicles will be made on September 24-29 and all routes and cargo terminals, except emergency patients, will be completely closed on September 27 and 28.

On September 18, Prime Minister Imran Khan officially inaugurated the opening of Torkham border for 24 hours to facilitate non-state trade between the two countries.

Remember that this month, the election rally of Afghan President Dr Ashraf Ghani was attacked by the Taliban, which killed 48 people and injured hundreds. The Afghan Taliban has warned the public to refrain from voting during elections as polling stations and election campaigns will be targeted on Election Day.

On September 28, Afghanistan will hold the country’s fourth presidential election since Taliban rule ended in 2001. Twice delayed because of security fears, the election comes amid an intense wave of violence fueled in part by the collapse of peace talks between the United States and Taliban leaders earlier this month.

A total of 16 candidates – including the incumbent Ashraf Ghani – are participating in the election. There are a total of 9.6 million registered voters, but many observers worry that low turnout due to security fears.  Of the 16 candidates running for president, two are clear front-runners: Afghan President Ashraf Ghani, 70, and chief executive Abdullah Abdullah, 59.

The Taliban has already threatened to target election rallies and polling stations, while in recent weeks the US-backed Afghan forces have stepped up air and ground attacks, raising fears of further casualties.