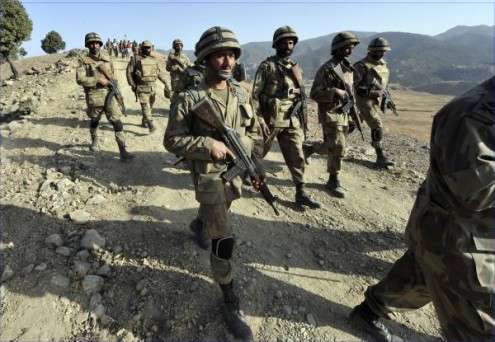 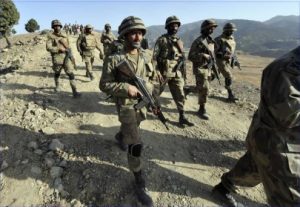 “After evacuation of all civilian population, ground operation has started in Miranshah early morning today. A house-to-house search in the town is being carried out by infantry troops and Special Services Group,” says Inter-Services Public Relations (ISPR) in a statement.

It adds that 15 terrorists have been killed in the ground offensive so far and that three soldiers were also injured during the operation.

A western media organisation quoted Miranshah-based security officials as saying that troops moved on the town after six hours of artillery shelling, which began at 3:30 am.

The forces are using tanks and armoured vehicles for ground movement. They have also taken over the civil hospital in Miranshah and destroyed four hideouts in the artillery firing.

Washington has long urged Islamabad to move against militant sanctuaries in North Waziristan, which has been a stronghold of Pakistani Taliban and Al-Qaeda-linked insurgents.