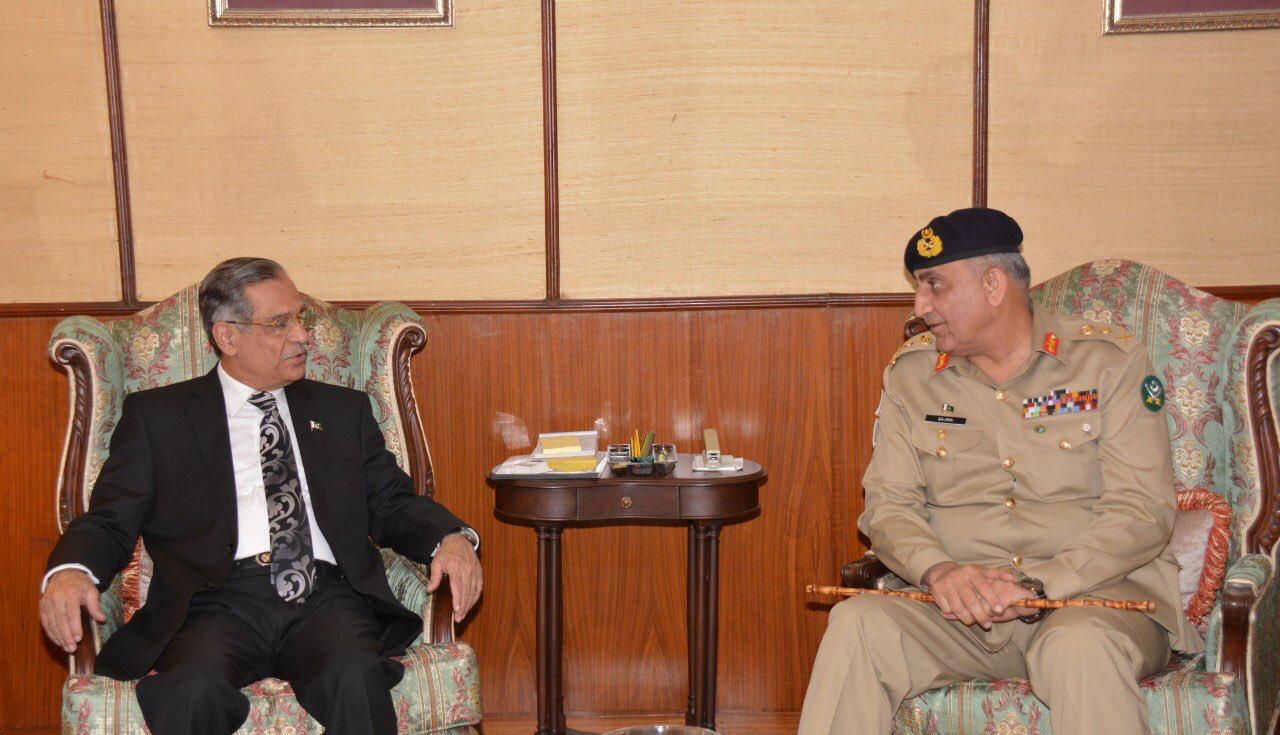 According to a tweet of the Inter-Services Public Relations (ISPR), the army chief handed over the cheque of one billion rupees to the chief justice of Pakistan as donation by Pakistan Army personnel and its welfare organisations for dams fund.

The dams fund was originally created by the chief justice keeping in view the impending water and energy crisis in the country. Prime Minister Imran Khan few days ago also created a fund for construction of dams and appealed to Pakistanis, especially the overseas Pakistanis, to donate in the fund. He also announced to merge the chief justice’s fund with his own fund for construction of dams.

The people of Pakistan and various institutions have overwhelming responded to the appeal and so far billions of rupees have been donated for the fund within few days.