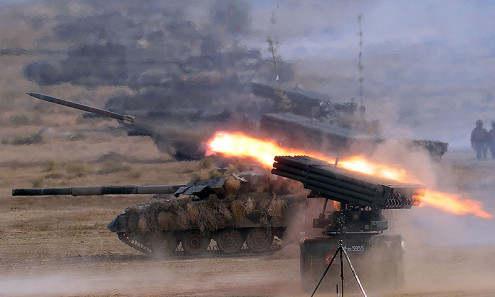 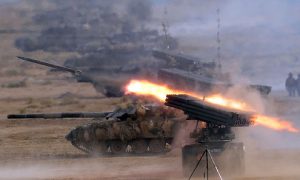 MIRANSHAH, June 16: The Pakistan Army has launched operation against local and foreign militants in North Waziristan tribal region.
The army says it has also sealed the Afghan border and asked the Afghan National Army to plug possible escape routes across the border.
The operation was named Zarb-e-Azb. During the military operation, militant hideouts were bombed in Datta Khel and Shawal areas, leaving more than 100 suspected militants dead.
The Federal Defense Minister, Mr Khwaja Asif, said the peace talks with militants failed and that launch of the operation was decided after a long discussion. He said local institutions and people were cooperating with authorities in this respect.
The Prime Minister, Nawaz Sharif, is also expected to take the National Assembly into confidence for the operation today.

A report by the western media quoted an official as saying that the alleged Uzbek mastermind of the Karachi attack had been killed in the overnight air strikes.

“Abu Abdul Rehman Almani, who was mastermind of attack on Karachi airport, and several other commanders have been killed in the strikes,” he said.
Meanwhile, shoot-on-sight orders have been imposed on residents who leave their homes after dark, according to local intelligence officials and residents.
Some 40 percent of the region’s population of half a million have already fled, leaving around 300,000 behind, residents say.

After the military operation, security threats have increased and the administration of Bajaur Agency has announced closure of schools for some time. Moreover, more security checkposts have been set up in the provincial capital Peshawar.