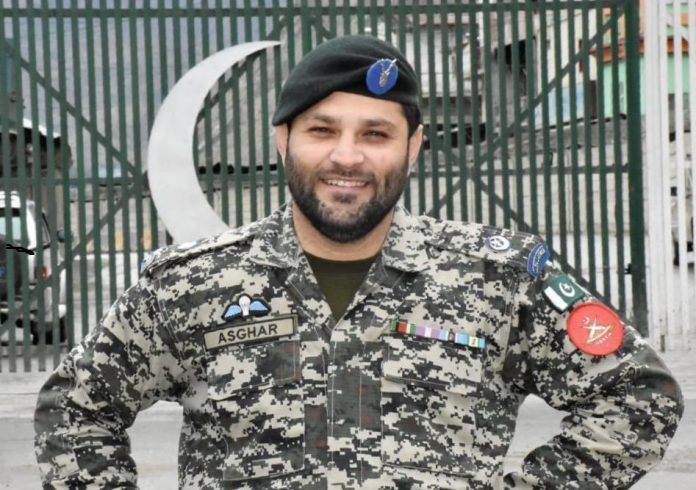 PESHAWAR: An officer of the Pakistan Army has died of coronavirus, the military announced late on Sunday night.

According to the Inter-Services Public Relations (ISPR) Major Muhammad Asghar laid his life in the line of duty at Torkham border in fight against COVID-19. Major Asghar was evacuated to Combined Military Hospital (CMH) Peshawar with breathing problems. He was put on ventilator but succumbed to coronavirus.

“There is no cause bigger than serving the nation,” the ISPR said.

Major Muhammad Asghar laid his life in the line of duty at #Torkham border in fight against #COVID-19. Evacuated to CMH Peshawar with breathing problems, was put on ventilator but succumbed to Corona Virus. There is no cause bigger than serving the Nation.#OurMartyrsOurHeroes pic.twitter.com/3mtCKyRycq

Coronavirus is spreading rapidly in the country and it is also infecting the public representatives and government officials as they had to contact various people due to nature of their work.

The latest public representatives to be affected by the virus are Members of National Assembly Gul Zafar Khan and Mehmood Shah and Member Khyber Pakhtunkhwa Assembly Shafiq Sher Afridi. Gul Zafar is a Pakistan Tehreek-e-Insaf (PTI) MNA from Bajaur, while Shafiq Sher Afridi is the PTI MPA from Khyber tribal district.

The samples of the members of the Parliament were taken by a special team of the National Institute of Health (NIH) as coronavirus tests were declared mandatory for those attending the National Assembly session.

Besides the Bajaur lawmaker, Additional Deputy Commissioner Bajaur Zamin Khan Mohmand has also been diagnosed with coronavirus. It is the first case in the district administration officials who are playing the role of frontline workers against the virus spread.

MPA from Khyber Shafiq Sher Afridi was tested positive for coronavirus, while MNA from Khyber district Iqbal Afridi’s test came back as negative.

Earlier, the National Assembly Speaker Asad Qaiser was also tested positive for the virus and his son and daughter were also infected. Another MNA from tribal districts, Munir Khan Orakzai, affiliated with the Muttahida Majlis-e-Amal (MMA), was also diagnosed with the virus few days ago who has recovered now.