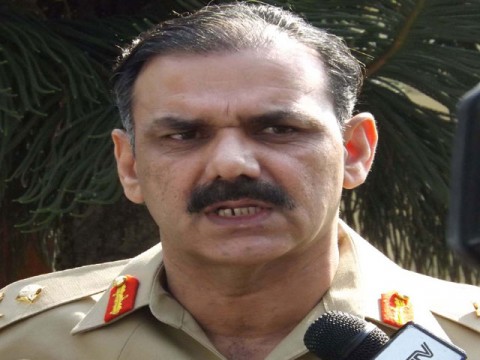 PESHAWAR, September 16: The Pakistan Army has said it is not taking sides with any party during the ongoing political crisis in the country and that the politicians should resolve issues themselves.

Activists of the Pakistan Tehrik-e-Insaf, led by Mr Imran Khan, and Pakistan Awami Tehrik, led by Dr Tahirul Qadri, have been protesting in the federal capital Islamabad since 14 August. They have been demanding Prime Minister Mr Nawaz Sharif to resign and hold re-elections.

Talking to a foreign news agency, the Pakistan Army spokesman Major General Asim Salim Bajwa said the army had not interfered in political issues in the past and that it would never do so in future.

He said the army had focused its attention in the ongong Operation Zarb-e-Azb in North Waziristan nowadays.

Meanwhile, the police and PTI activists have clashed last night once again. The police tried to arrest several PTI workers who were returning from the sit-in when other colleagues of the party rushed to the scene and pelted stones on the policemen.

The policemen had to take shelter in the Supreme Court premises while the party workers went back to the D Chowk, the venue of the PTI sit-in.