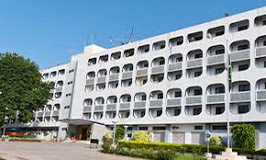 PESHAWAR, 10 July: Pakistan expressed dismay over the remarks Afghanistan’s President Ashraf Ghani made at the Nato summit in Warsaw.

Ashraf Ghani during his speech had blamed Pakistan of continuing to distinguish  between ‘good and bad terrorists’.

The Pakistan Foreign Office said “We also expect cooperation of the Afghan government in our fight against terrorism through effective border management and denying sanctuaries to anti-Pakistan terrorists from Tehreek-e-Taliban Pakistan.

The need of the hour is close cooperation between Afghanistan and Pakistan rather than constant blame game by the Afghan government,” the statement added.