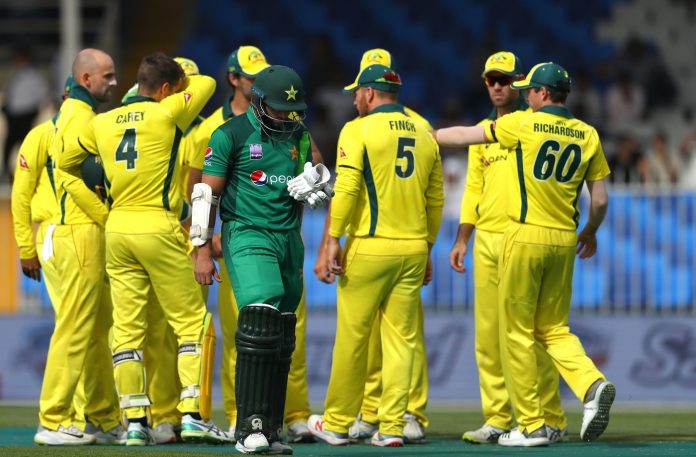 PESHAWAR: The second match of the five-match ODI series between Pakistan and Australia will be played in Sharjah today (Sunday).

The match will begin at 4:00pm (PST). Australia will be favourites gaining into the second game given their comprehensive win in the first match by eight wickets. Australia never looked like troubled at any stage of their chase of 280 in the first match and it will set the tone for the rest of the series as the team winning the toss will now like to field first.

All indicators are good for Australia as they are peaking at the right time before the World Cup. Their recent success in ODI series in India and now dominating win in Sharjah even before the return of Steven Smith and David Warner has put them in comfortable position. The return of these two players after end of their ball-tampering ban will further boost Australia in the World Cup.

For the Shoaib Malik-led Pakistan, things seem to be difficult especially at a time when half of the main players are being rested by the Pakistan Cricket Board (PCB) to test the bench strength ahead of the world event. In the first match, although the batsmen were not too bad, the bowlers failed to trouble Australian batsmen and in the end they won comfortably. Therefore, in the second ODI, Pakistan are more likely to make changes in the bowling department. Pakistan will choose from Junaid Khan, Usman Shinwari and Muhammad Hasnain to try their luck in today’s match, while changes in the batting line up are unlikely.

However, the batsmen will need to up the ante and score quickly to challenge a strong Australian team. The pace battery just didn’t work in the first match, which was also cause of loss.

Australia are unlikely to change the winning combination.