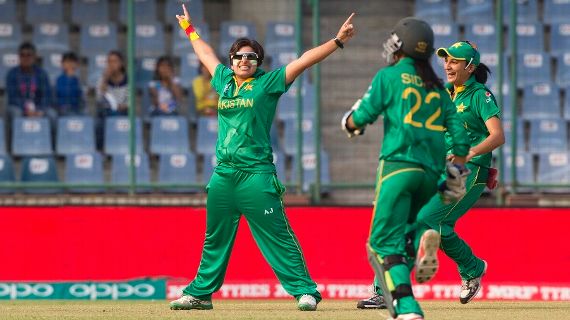 Pakistan while batting first scored 177 runs for the loss of five wickets in the allotted overs. Bismah Maroof was top scorer with 62 runs, while Nida Dar scored 41 runs and also took four wickets.

The hosts were bundled out for just 30 runs in 19th over due to brilliant bowling by Pakistani bowlers.

On Wednesday, Pakistan had defeated Sri Lanka by 23 runs.

After Thursday’s victory, Pakistan stand at top of the points table with six points, while Bangladesh occupy second spot. Pakistan have won three out of their four matches in the event so far.

Pakistan will face India in their next match on Saturday. Pakistan have reached the final of the Asia Cup T20 twice.