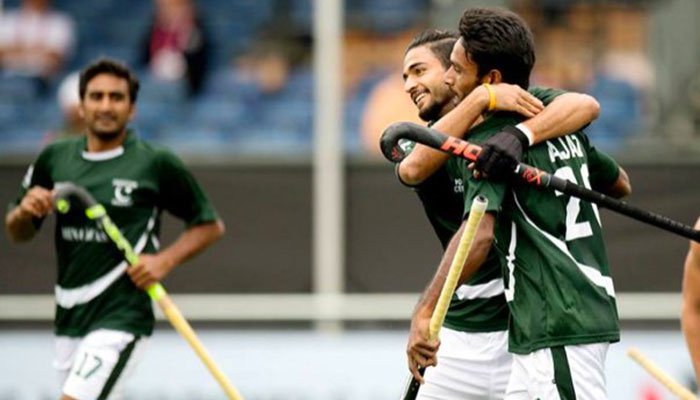 PESHAWAR: Pakistan defeated Malaysia 3-1 in the penalty shootout after a sensational semi-final contest of Asian Hockey Champions Trophy in Muscat on Saturday.

At one stage, Pakistan were leading the game 4-1 and victory seemed imminent, but Malaysia scored three more goals to make it 4-4. The match was decided through penalty shootout in which Pakistan eventually emerged victorious 3-1 due to splendid saves by goalkeeper Imran Butt.

Pakistan will face defending champions India in the final of the event today (Sunday).

In the other semi-final, India defeated Japan 3-2 in another tough contest.

India are still undefeatable in the tournament and are being considered favourites to win the final as well. Today’s final will be the repeat of the last tournament’s final in which India had defeated Pakistan. India and Pakistan have won the tournament twice previously.