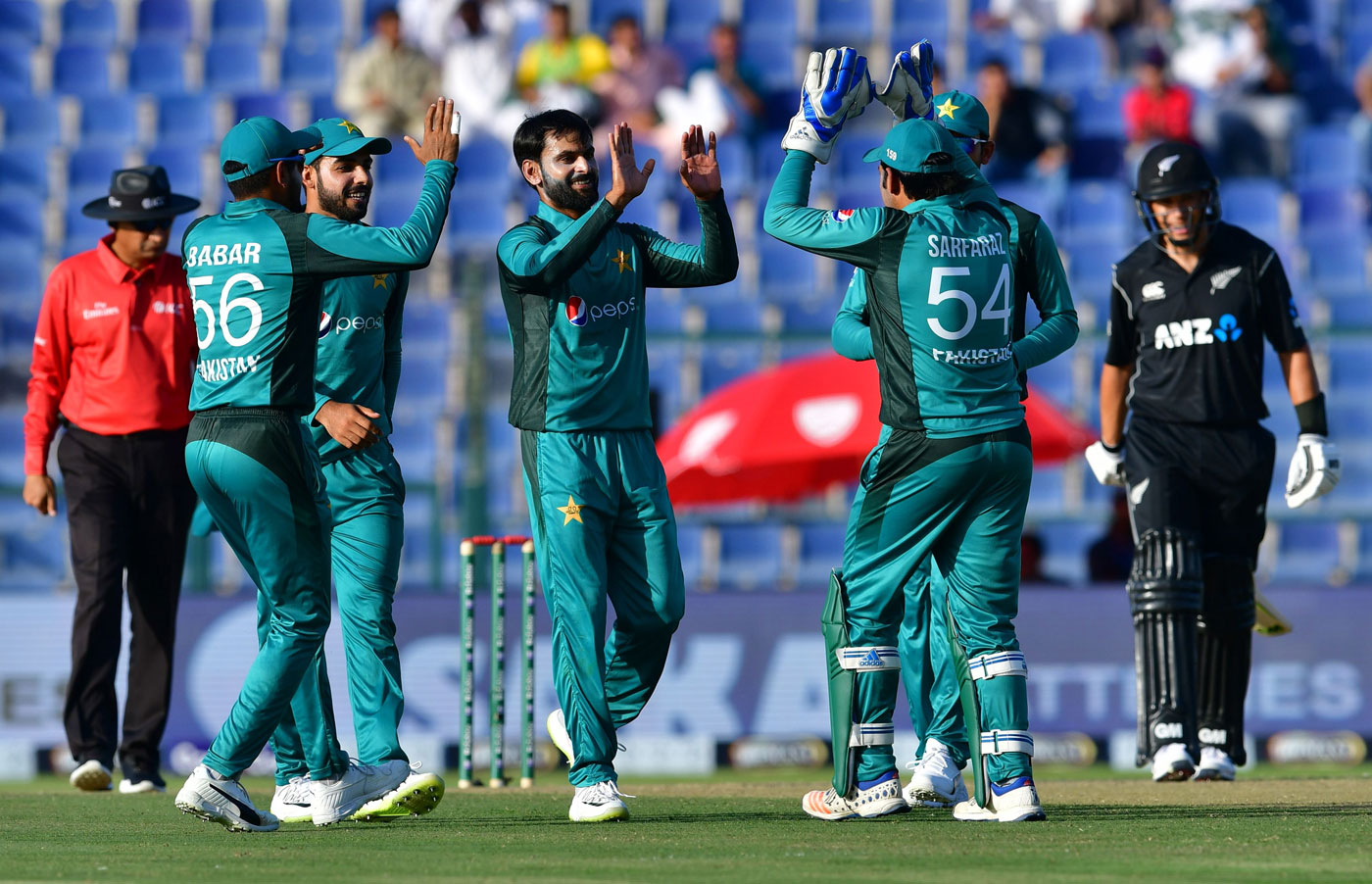 PESHAWAR: Pakistan ended 12-match ODI drought against New Zealand in style on Friday by defeating them by six wickets in the second match of the three-match series in Abu Dhabi.

New Zealand won the toss and decided to bat first on a good looking pitch. However, they were restricted to 209 runs for the loss of nine wickets due to brilliant bowling of Pakistani bowlers. Shaheen Shah Afridi claimed four wickets, Hasan Ali took two wickets, while Shadab Khan and Mohammad Hafeez took one wicket each. Ross Taylor was the pick of batsmen for New Zealand with 86 runs.

During Pakistan’s batting Imamul Haq received a bouncer on his helmet after which he was retired hurt and was shifted to hospital. However, he scans were fine and he will recover soon. Doctors have advised him rest.

With Friday’s victory, the series is now drawn 1-1 and the winner will be decided in tomorrow’s (Sunday) match.