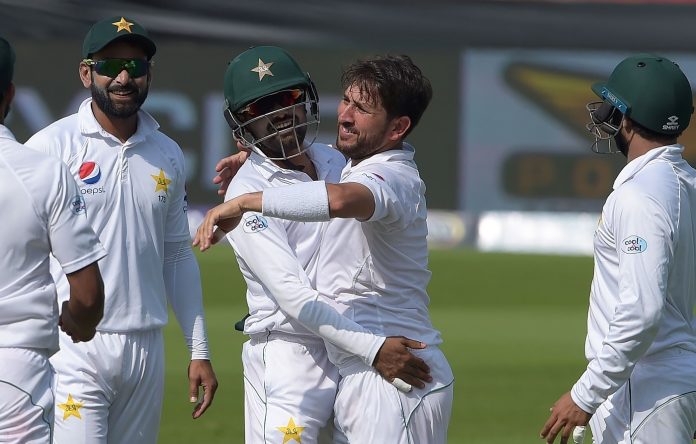 DUBIA: Pakistan have beaten New Zealand in second test by an innings and 16 runs in the second Test in Dubai on Tuesday to level the series 1-1 at Dubai International Cricket Stadium.

Following-on after being dismissed for 90 in the first innings, New Zealand were bowled out for 312 soon after tea on the fourth day.

Yasir’s figures are the second best match return ever for Pakistan in Test cricket after former captain and current prime minister Imran Khan who had taken 14-116 against Sri Lanka in Lahore in 1982.

Hasan Ali was also at his best, taking 3-46 as Pakistan gained a measure of revenge for losing the first Test by four runs in Abu Dhabi last week.

Yasir picked up the last two wickets in the space of four balls, Neil Wagner caught at midwicket and Trent Boult feathering an outside edge to Sarfraz behind the stumps and won the match.

The third and final Test starts in Abu Dhabi from Monday.