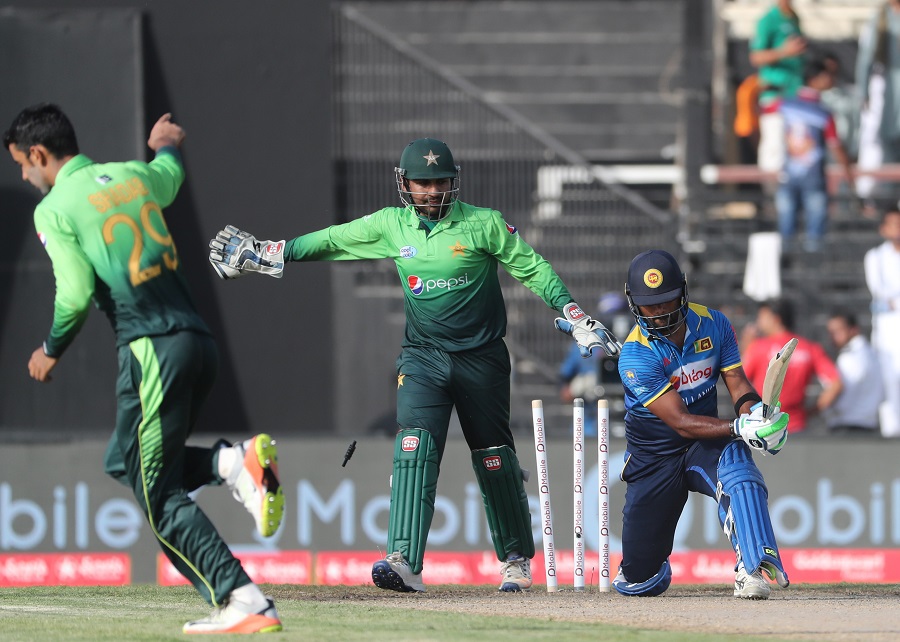 PESHAWAR, 27 October: Pakistan won the first match of the T20 series against Sri Lanka by seven wickets at Sheikh Zayed Stadium in Abu Dhabi on Thursday and gained 1-0 lead in the three-match series.

Pakistan invited Sri Lanka to bat first after winning the toss and bowled them out on 102 runs in the 19th over. Samarawickrama and Prassana were top scorers with 23 runs each. Hasan Ali took three wickets, while Muhammad Hafeez and Usman Khan got two wickets each. Faheem Ashraf, Shadab Khan and Imad Wasim also got one wicket each.

Pakistan easily surpassed the target with the loss of three wickets in the 18th over. Shoaib Malik top scored with 42 and Hafeez scored 25. Sanjaya got two wickets for Sri Lanka.

Usman Khan was declared player of the match. The next match of the series will be played in Abu Dhabi today (Friday).