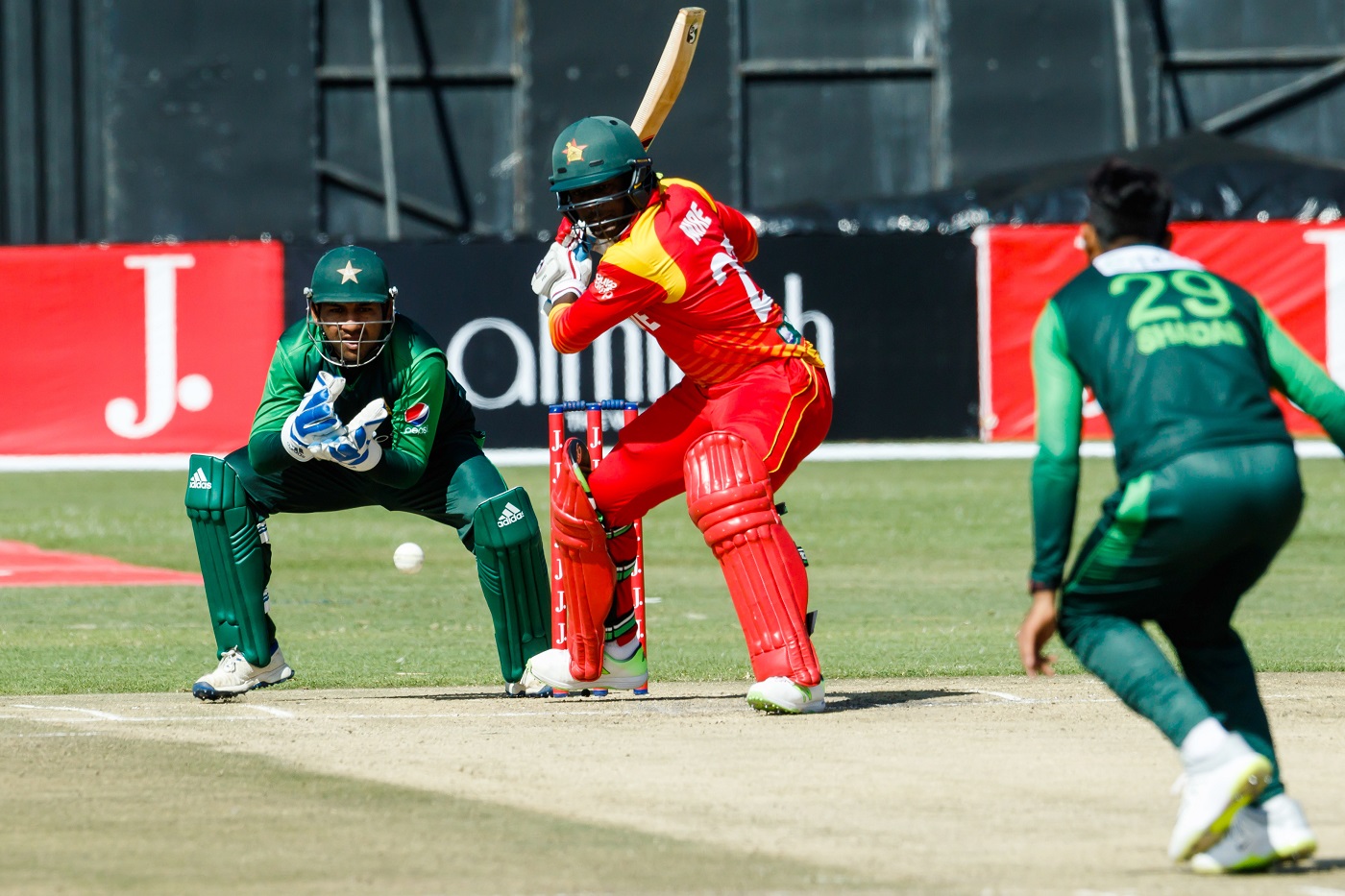 PESHAWAR: Pakistan defeated Zimbabwe by seven wickets in the fourth match of the T20 tri-series in Harare on Wednesday and qualified for the final.

Zimbabwe after sent in to bat by Pakistan scored 162 runs for the loss of 4 wickets. Solomon Mire was top scorer with 94 runs, while Tarisai Musakanda scored 33 and Cephas Zhuwao scored 24. For Pakistan, Mohammad Amir, Faheem Ashraf, Shadab Khan and Hussain Talat took one wicket each.

Pakistan reached the target in 19.1 overs with seven wickets to spare. Fakhar Zaman was top scorer with 47 runs, Hussain Talat scored 44 and Captain Sarfraz Ahmed made 38 runs. Mpofu, Masakadza and Mire took one wicket each.

Mire was declared man of the match for his brilliant batting.

The last league match of the tri-series will be played between Pakistan and Australia today (Thursday) at 1:00pm.

The final of the event will be played on 8 July.