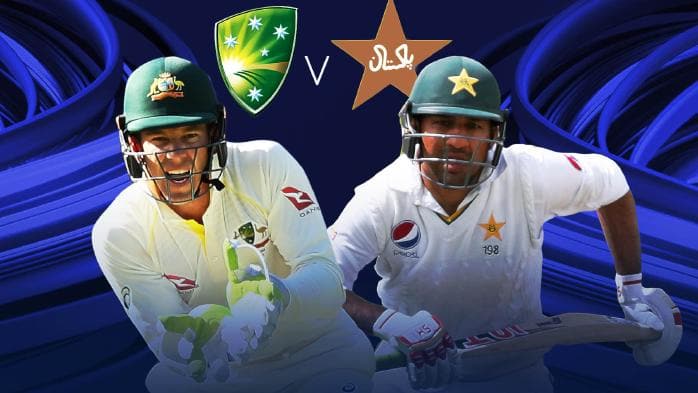 DUBAI: Australia bowled out Pakistan for 482 in first innings on the second day of the first Test against in Dubai on Monday. Pakistan resumed the day at 255-3 where Haris Sohail scored his maiden 110 while Asad Shafiq scored 80.

Pakistan lost last six wickets for 72 runs. Fast bowler Peter Siddle finished with 3-58 while off-spinner Nathan Lyon took 2-114. Australia scored 30 without any loss at the end of second day of the first test.
Pakistan on Sunday scored at 255/3 as they ended the first day of the first Test against Australia in the United Arab Emirates.

Pakistan won the toss and choose to bat first taking a steady start with Mohammad Hafeez and Imamul Haq firmly remained at the crease till break for tea. The side is at 199/0 off 61 overs.

Hafeez has made sure that the selectors do not regret their decision by scoring a century in the first few hours of the game.

By the time the teams broke for tea, Hafeez and Imam had both settled well on the crease. However, two wickets fell rapidly and both openers departed soon after at 127 and 76 respectively.

Azhar Ali, who replaced Imam on the crease, faced 80 balls but only managed to put 18 runs on the board. He was replaced on the crease by Mohammad Abbas in the 87th over.