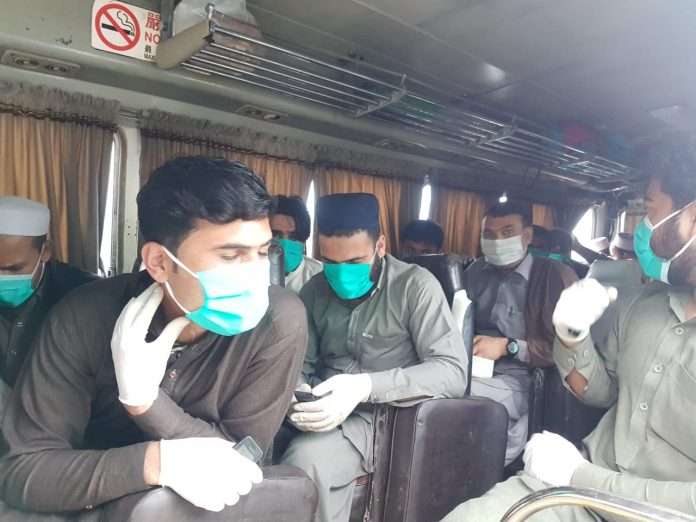 PESHAWAR: Coronavirus is again playing havoc in Pakistan during its third wave which is more dangerous than the previous two waves against all expectations and the government is left with no option than to impose lockdowns as the number of infections and deaths is increasing at an alarming pace.

Over two hundred deaths were reported in Pakistan three days ago which is a record since the pandemic reached Pakistan last year. The situation is out of control in neighbouring India where global record cases i.e. over 400,000 were reported on Saturday and daily deaths are also above 3,000 for the last few days, making India the second most affected country from the pandemic in the world.

The Pakistan government besides urging the people to fully observe standard operating procedures (SOPs) is also accelerating the process of vaccination and now all the people aged above 40 years are eligible to get vaccinated.

However, unfortunately, like always, some elements are terming the vaccination a conspiracy and making propaganda against it. Same kind of propagandas were previously done about other vaccinations, particularly the polio vaccination. Some say it is a ploy to mint dollars, while other say it might cause infertility or weakness. Some people have also been seen saying that something from pig’s body has been used in the vaccine which is haram (forbidden). And the most unbearable and foolish comment came in the shape of someone saying that the US and Europe was stealing all our data by vaccinating all Pakistanis.

Chairman of Council of Islamic Ideology Qibla Ayaz has already made it clear in a statement that those creating doubts about the corona vaccination are playing with the lives of people.

Pakistanis still have time to talk sense and mend their ways before it is too late and a situation like India is created which would be beyond the control of anyone. The situation in India is an eye-opener for everyone in Pakistan. It should be seen as a lesion how the situation can go from bad to worse within no time in case of non-serious attitude.

Life is a precious gift of God and it should not be put in danger due to carelessness.