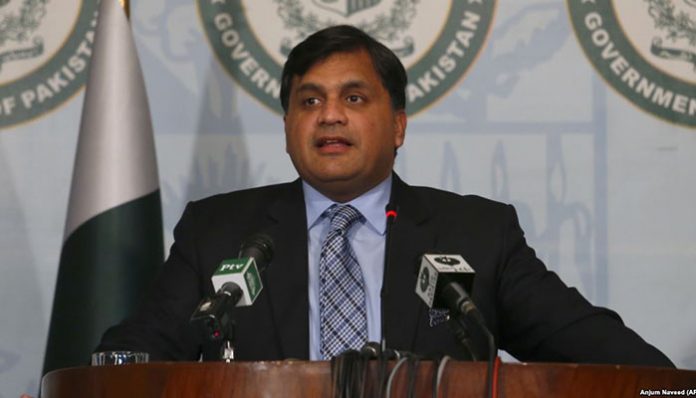 On Monday, reports emerged from Paktika province of Afghanistan that Afghan special forces have shot dead eight persons during raids at different houses. The sources said the Afghan forces had actually raided the houses of Kabalkhel tribe in Rakha area, situated near the Pak-Afghan border, and had killed eight persons of the tribe after dragging them outside their houses. The sources said the slain persons belong to North Waziristan tribal district who were labourers in Karachi and had returned few days ago.

Local sources said the slain persons also include for brothers. Sources said the Afghan security forces killed eight men in front of their women family members. No link of the slain people with any banned outfit could be established.

Rakha area inhabited by the Wazir tribe is situated near the Pak-Afghan border.

Senior officials from Pakistan, Afghanistan and China on Monday held a meeting in Kabul to discuss the ongoing peace efforts in Afghanistan and cooperation among the three countries.

Pakistan’s Ambassador to Afghanistan Zahid Nasrullah Khan said at the moot that Pakistan and other countries in the region are optimistic about Doha talks for peace in Afghanistan.

He hoped that the Doha talks will eventually lead to intra-Afghan talks which is direly needed for peace agreement with the US. He said Pakistan has played its role in bringing the Taliban to the negotiating table. Pakistan is playing the role of a facilitator in the peace talks upon the request of the US. So far the talks are apparently moving in right direction and there are hopes that the stakeholders will finally agree upon a deal.

The Taliban want exit of foreign troops from Afghanistan, while the US seeks guarantees that the Afghan land will not be used for any subversive acts in future. However, a stumbling block remains in shape of refusal of the Taliban to talk directly to the Afghan government which they term as puppets and powerless.

Afghan Deputy Foreign Minister Edris Zaman at the Kabul moot said that even after a peace agreement, the threat of insurgency will remain. He urged the need for combined efforts to eliminate this threat.