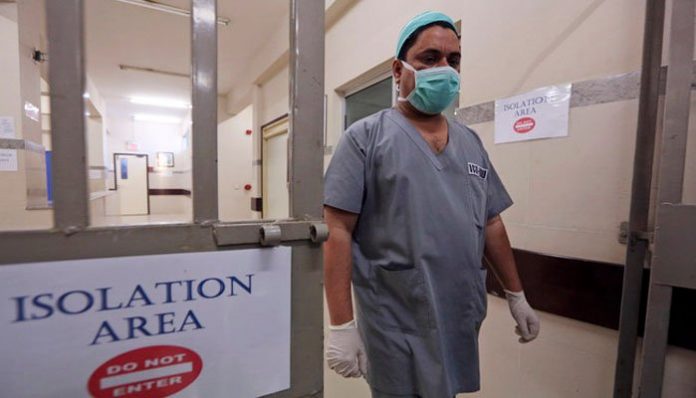 PESHAWAR: Amid new spike in coronavirus cases, Pakistan has reported a total of 3,495 cases in the last 24 hours.

According to official data, Thursday’s cases are the highest daily cases recorded since 3,795 cases on December 6, 2020 which has set the alarm bells ringing for the government and general public.

The data shows that a total of 61 deaths were reported during the last 24 hours. In another alarming sign, the country’s positivity rate has risen to 7.8 percent as the third wave of the pandemic is told to be more dangerous than the first and second waves.

According to new statistics, Khyber Pakhtunkhwa reported 624 cases and nine deaths during the last 24 hours; Punjab reported 1,824 cases and 43 deaths; Islamabad reported 538 cases and two deaths; Sindh reported 384 cases and one death; Azad Jammu and Kashmir reported 103 cases and six deaths, while Balochistan reported 22 cases. The new wave is stated to be more severe in Punjab, KP and AJK, while Balochistan and Sindh are relatively safer. Gilgit-Baltistan has also not reported new cases or deaths.

Pakistan has also reported 1,634 recoveries from COVID-19 during the last 24 hours.

According to the government’s portal, the total recoveries are now 577,501, while the recovery rate is 93.8 percent.

Keeping in view the alarming increase in corona infections and deaths, the KP government on Thursday hinted at imposing complete lockdown across the province.

Special Assistant to KP Chief Minister on Information Kamran Khan Bangash said that the third wave of COVID-19 is extremely dangerous. He said the authorities will take strict decision if cases in KP continue to surge.

Mr Bangash said the schools in nine districts in KP have already been closed. He appealed to the people to follow standard operating procedures (SOPs) to prevent the spread of the virus.

The federal government has also appealed to citizens to observe precaution.

The NCOC head Asad Umar said in a tweet that hospital daily admissions and people in critical care are rising fast. He said if SOPs compliance does not improve, the government will be forced to place stronger restrictions on activities.