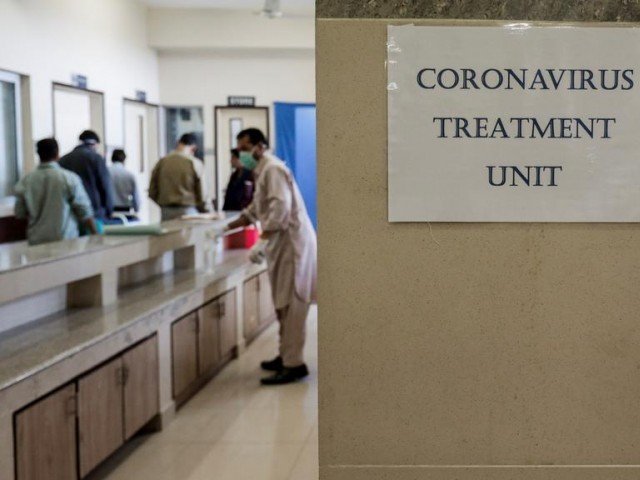 PESHAWAR: The coronavirus situation in Pakistan during the third wave has further aggravated as the positivity rate in the country crossed 10 percent on Thursday, which set the alarm bells ringing for the government and general public.

According to the National Command and Operation Centre (NCOC), 38,858 tests were carried out during the last 24 hours, out of which 3,946 returned positive, taking the national positivity ratio to 10.15 percent.

Now the total death toll from coronavirus in Pakistan has crossed 14,000. In the last 24 hours, Pakistan reported 63 deaths, taking the countrywide death tally to 14,028.

So far, 588,975 people have recovered from coronavirus after testing positive. The recovery rate is 91.9 percent.

KP reported eight deaths on Thursday after which the death toll in the province mounted to 2,246. The provincial government has tightened restrictions in the hotspot areas in an attempt to stem the spread of the virus.

The federal and provincial authorities had already warned that the third wave of coronavirus in Pakistan may be more dangerous than the previous waves and it is proving to be true. The actual number of corona cases is believed to be much higher than the official figures as still there are many people who opt against going for corona tests due to  various reasons.

On Wednesday, the federal government decided that the educational institutions will remain closed in the selected districts with high coronavirus rate till April 11.