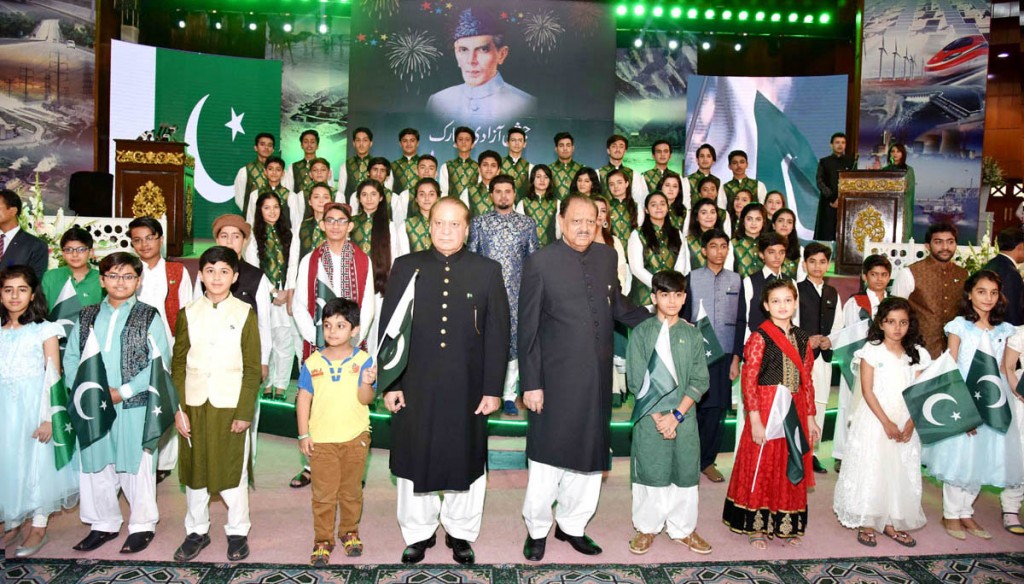 PESHAWAR, 14 August: Pakistan has officially dedicated its 70th Independence Day celebrations to the people of Indian held Kashmir and their struggle for freedom from the Indian occupation.

In his message for the nation on the occasion of Independence Day, Prime Minister Nawaz Sharif said the people of Kashmir have continued their struggle for the independence despite atrocities of the Indian forces.

“To show solidarity with the people of Kashmir, we announce to dedicate our national day celebrations to them,” the Prime Minister said.

Pakistan’s 70th Independence Day is being observed today on Sunday. Different functions and programs are being organized to celebrate the day.

Special prayers are being made for the prosperity and development of Pakistan and restoration of peace in the country.

Meanwhile, Independence Day functions were held in all districts of Khyber Pakhtunkhwa and tribal agencies of Fata.

National flag was also hoisted at Torkham border in a special ceremony held in connection with Independence Day. Pakistani security officials shared sweets with their Afghan soldiers to commemorate the day.