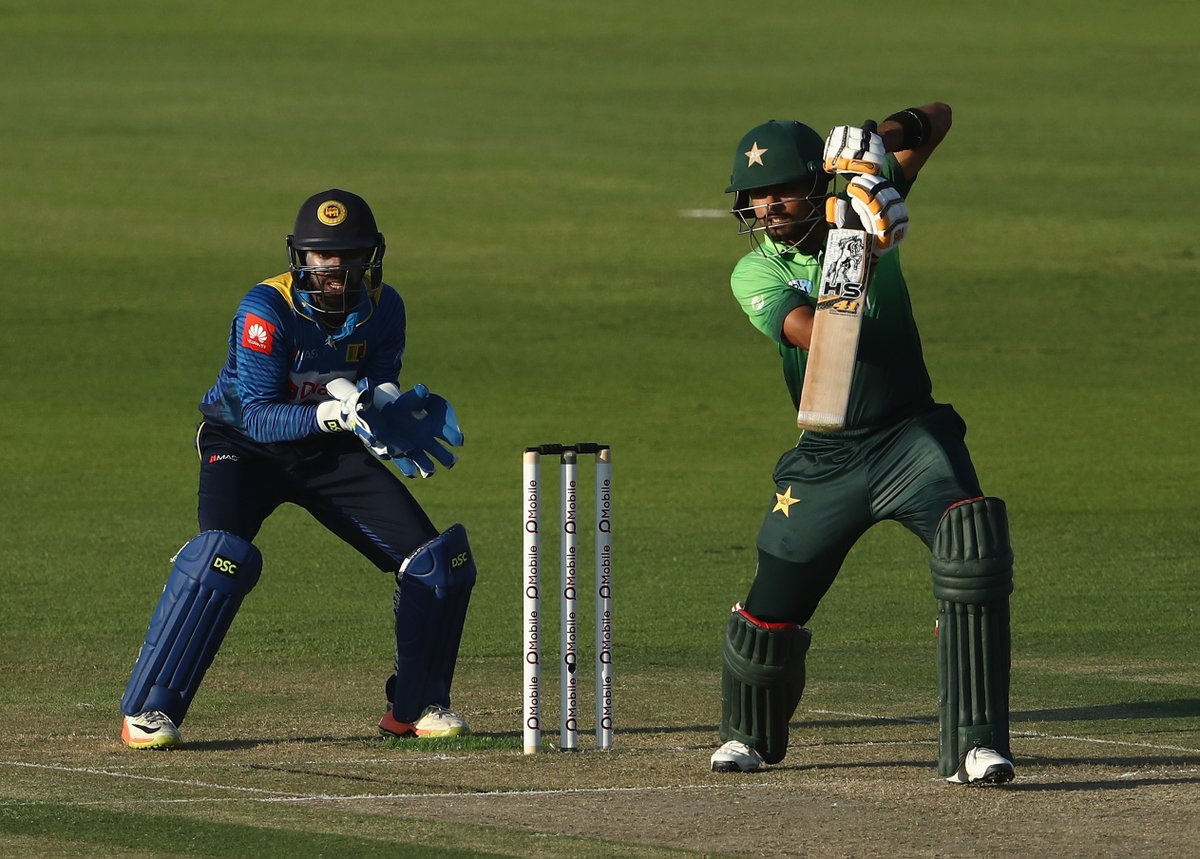 PESHAWAR, 17 October: Pakistan defeated Sri Lanka by 32 runs in the second match of the five-match ODI series in Abu Dhabi on Monday.

Pakistan now lead the series 2-0. Babar Azam was top scorer for Pakistan with 101 runs, while Shadab Khan hit career best 52 to take Pakistan to a fighting total of 219/9 on a difficult pitch. Pakistan were struggling for 79-5 at one point when Babar Azam and Shadab Khan joined hands to rescue Pakistan. It was second consecutive century for Babar Azam in ODIs. Gamage got four wickets for Sri Lanka.

Shadab also got three wickets to dismiss Sri Lanka for 187 all out in 48 overs despite a fighting knock of 112 by captain Tharanga. He was declared player of the match for his all-round performance. Tharanga became the first Sri Lankan and 11th batsman in the one-day history to carry his bat through a complete innings.

It was ninth consecutive defeat for Sri Lanka in the ODIs.

The remaining matches will be played in Abu Dhabi (18 October) and Sharjah (20-23 October). The two teams will also play three Twenty20 internationals, the first two in Abu Dhabi (26 – 27 October) and the last in Lahore (October 29).