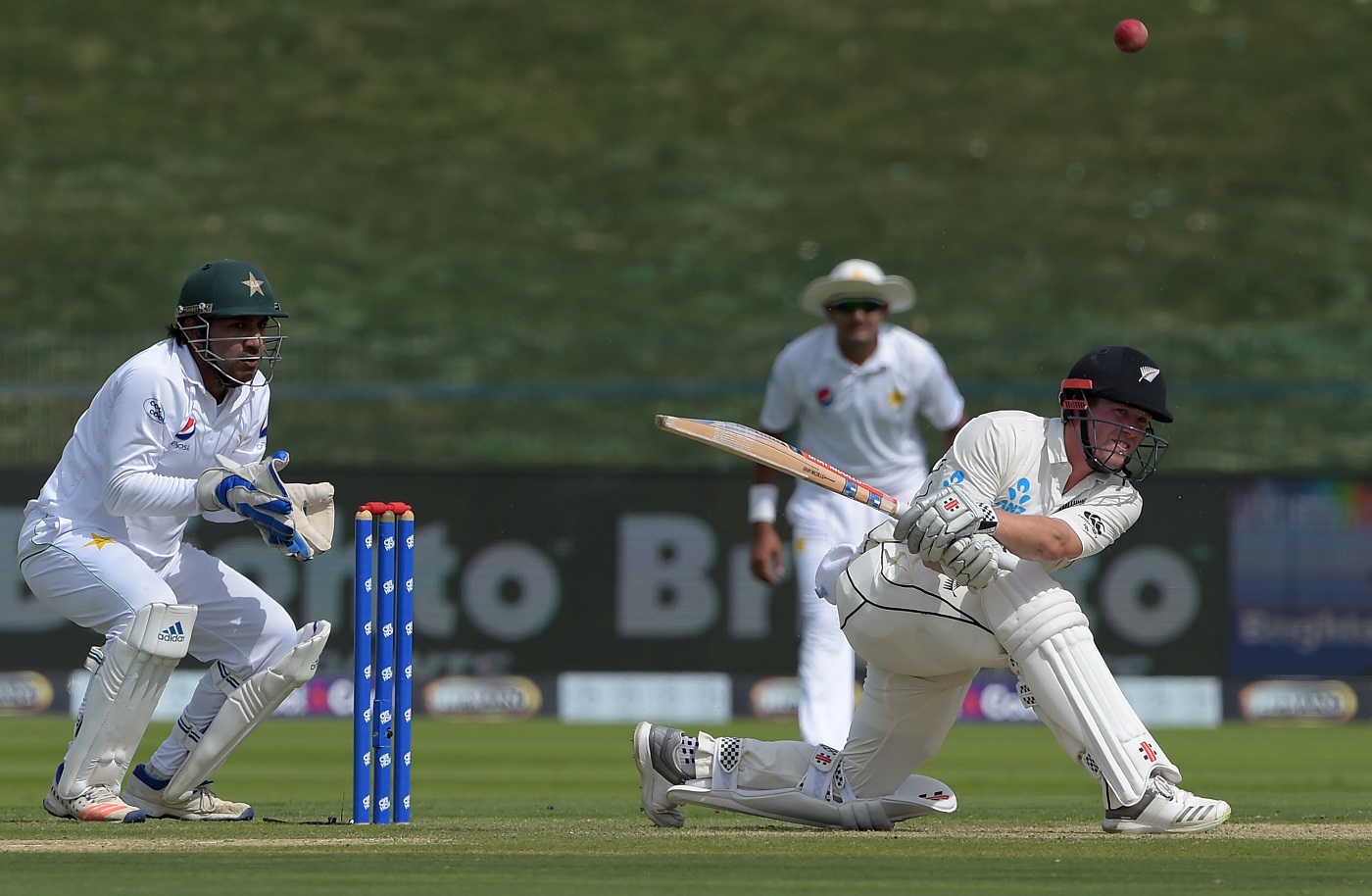 PESHAWAR: Pakistan dominated the first day of the first match of the Test series against New Zealand in Abu Dhabi on Friday.

Pakistan were playing on 59-2 when the first day’s paly ended. Haris Sohail was unbeaten on 22 while Azhar Ali was not out on 10 at stumps with Pakistan trailing by 94 runs. Grandhomme and Boult took one wicket each.

Ajaz Patel was given a debut by New Zealand, while Tim Southee was left out. However, from Pakistan Shaheen Shah Afridi was not given debut despite impressive bowling in the just concluded ODI series.