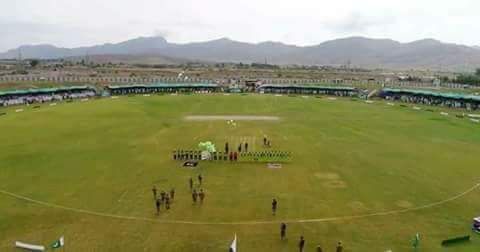 UK Eleven after winning the toss decided to field first. Pakistan Eleven have given a huge target of 254 runs to UK Eleven due to brilliant batting of Shahid Khan Afridi.

Earlier, Shahid Afridi received a rousing welcome from the people at the stadium and an Athanr dance was also organised on the occasion to welcome the visiting cricketers. 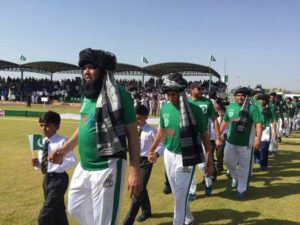 The local people expressed happiness over organising the international cricket match in North Waziristan. They said the match will give a message to the world that peace has been restored in FATA.