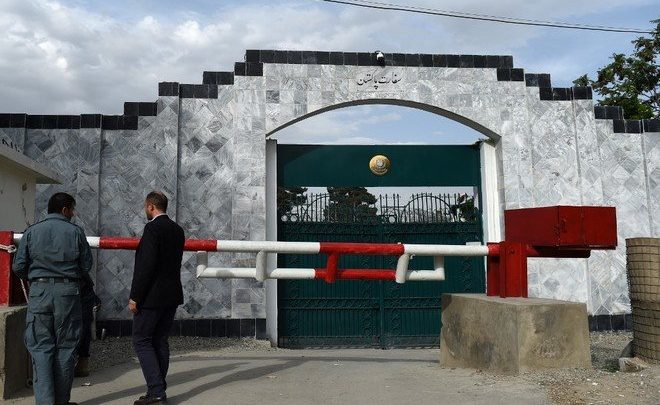 PESHAWAR: The Pakistan Embassy in Kabul has announced that it will continue to process visa applications for medical emergencies/patients despite the closure of the consular services.

The Embassy of Pakistan in Kabul made this announcement through a press release on Wednesday.

On Monday, Pakistan announced closure of visa section of its embassy in Kabul for an indefinite period due to security concerns. After closure of the visa section, the issuance of visas to Afghan citizens was also stopped.

Pakistan closed its embassy in Kabul after two incidents of harassment of two Pakistani diplomats in Afghan capital Kabul. On Sunday, the Foreign Office had issued a statement in which it was shared that the Pakistani diplomats in Kabul were being harassed. The Foreign Office had summoned Afghan Charge d’Affaires and informed about problems and threats to diplomatic staff at Pakistan Embassy in Kabul.

The FO spokesman Dr Muhammad Faisal said Pakistani diplomats were being harassed in Kabul for the last two days. He said the cars of diplomatic staff are being stopped on roads in Kabul and cars travelling towards the Pakistan embassy were also hit with motorcycles. The FO spokesman reminded the Afghan Charge d’Affaires that Afghanistan is bound under the Vienna Convention to ensure protection, security and free movement of diplomatic staff. He said the incidents of harassment must be probed immediately and details of probe must be shared with Pakistan. He also called upon Afghanistan to make sure that such incidents never happen again.

Hundreds of Afghan citizens have been affected within two days of closure of visa section of the Pakistan Embassy in Kabul. Mostly Afghan citizens obtain Pakistani visa for education, medical treatment and business purposes. The Pakistani embassy used to process 1,500 visas daily.

The Afghan Consulate in Peshawar is also closed for the last three weeks due to which the people intending to obtain Afghan visa are facing difficulties.