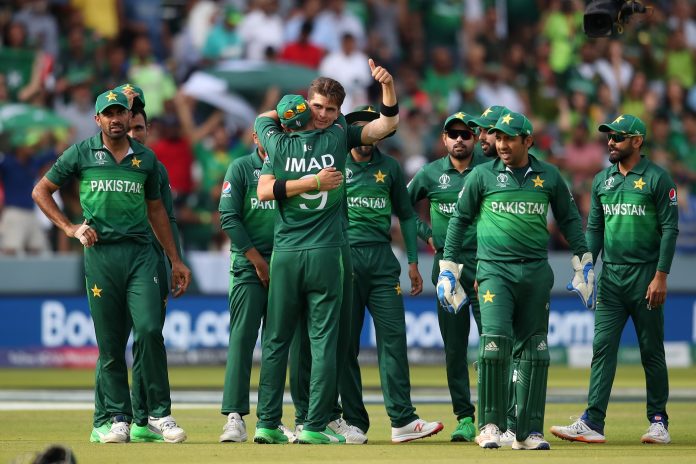 PESHAWAR: Pakistan ended their ICC World Cup campaign on a high note with comprehensive win against Bangladesh by 94 runs in London on Friday.

Batting first after winning the toss, Pakistan scored 315 runs for the loss of nine wickets. Imam-ul-Haq was the pick of batsmen with 100 runs, while Babar Azam also batted well for his 96. Imad Wasim was also good with his little cameo of 43 runs.

Bangladesh were bowled out for 221 runs in 45th over due to brilliant bowling by Shaheen Shah Afridi. He took six wickets for 35 runs, the best bowling figures by a Pakistani bowler in World Cups. Mohammad Amir took one wicket, while Shadab Khan took two wickets. Shakib Al Hasan was again good for Bangladesh with 64 runs, but no other batsman could stand up. Afridi was declared player of the match.

For qualification for the semi-finals, Pakistan had to restrict Bangladesh to 8 runs or below which was next to impossible, however, Pakistan salvaged pride in winning the match comfortably. Pakistan finished fifth on points table just below New Zealand due to run rate issue. Pakistan could have been in semis had India won against England or had West Indies beat New Zealand in the match in which Carlos Brathwaite failed to hit that last six. Pakistan could also have qualified had the match against Sri Lanka not washed out. Despite remarkable comeback after the West Indies and India defeats, Pakistan failed to make it to semis with a narrow margin of run rate.

Pakistan skipper Sarfraz Ahmed said after the match that Pakistan played good cricket but could not qualify. “That one game, against West Indies, cost us the tournament. Boys responded well after the India game,” he said.

“At the moment, when team is winning everything is fine. Credit to our batsmen – Imam, Babar and Haris. And the bowlers – Amir, Shadab, Wahab, Shaheen. The way Shaheen is bowling, the consistency is amazing. One of the best bowling performances I’ve ever seen,” he added.