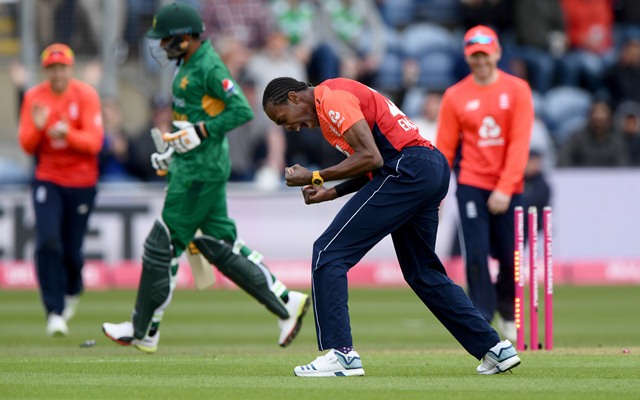 PESHAWAR: The first match of the five-match ODI series between Pakistan and England will be played at the Oval today (Wednesday).

The match will begin at 6:00pm (PST). England will go into the series as favourites given their top form in the format. Pakistan will be low on confidence after recently suffering a 5-0 defeat against Australia in the United Arab Emirates, but it was Pakistan’s experimental team and many of the main players who were rested in the series have returned now. In the only T20 against England on Sunday, Pakistan lost the match in the end and skipper Sarfraz said Pakistan could have added a few more runs.

Same will be the case in the ODIs. Pakistan’s batting will have to fire if they want success against England in their home conditions. Pakistan also missed the services of Shoaib Malik, Mohammad Hafeez and Shadab Khan in the T20, bout out due to different reasons.

England have announced a 17-man squad for the Pakistan series keeping in view the final preparations for the upcoming World Cup also to be played in England. Jason Roy is missing recently due to fitness issues, therefore, James Vince is likely to get another chance to make his case at the top of the order for the mega event. Moeen Ali’s fitness is also a concern for England and Joe Denly will get his place.

Pakistan will be taking some encouragement from its past success against England, including in the 2017 Champions Trophy. The bowling looks good despite absence of Shadab, who is expected to recover for the World Cup. However, it’s Pakistan batting which will be under the scanner. Pakistan’s batting form will decide its case in this series and the World Cup. In the batting, Pakistan will look to Fakhar Zaman, Babar Azam, Mohammad Hafeez and Shoaib Malik to come good.