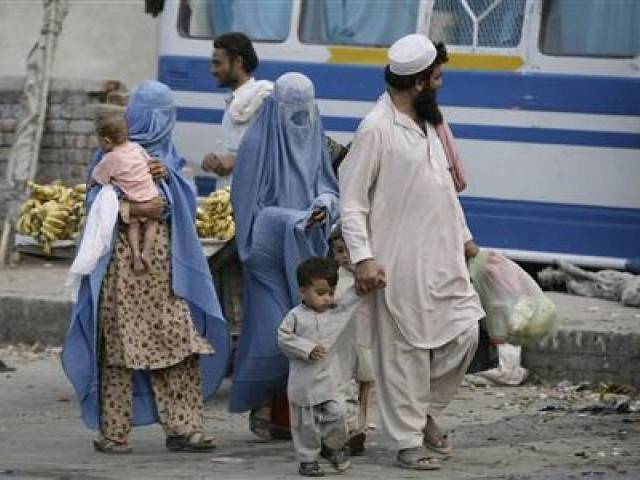 PESHAWAR: The government of Pakistan has decided to extend the stay of registered Afghan refugees in Pakistan by one more year, till June 30, 2020.

“In pursuance of approval of the federal cabinet conveyed vide Cabinet Division’s Memorandum No.550(S)/Rule-19/2019-Cab, dated 27 June, 2019, the Government of Pakistan is pleased to extend the validity in respect of Tripartite Agreement, Proof of Registration (PoR) Cards till 30-06-2020,” said a notification by the Ministry of States and Frontier Regions (Safron).

The validity of Afghan Citizen Cards (ACC) has also been extended till October 31, 2019, reads the notification.

The decision has been taken at a time when Afghan President Ashraf Ghani is visiting the country. Prime Minister Imran Khan during his meeting with the Afghan president informed him about the government’s decision.

Sources said the decision to extend the stay of Afghan refugees by one year came with hectic efforts by Minister of State for Safron Shaharyar Khan Afridi.

An official statement issued after the meeting stated that the two leaders agreed to open a new chapter of friendship and cooperation between Pakistan and Afghanistan, based on mutual trust and harmony for the benefit of the two peoples and countries and for advancing the cause of peace, stability and prosperity in the region.

The prime minister vowed to bring a qualitative transformation in Pakistan-Afghanistan relations as part of his vision of a peaceful neighbourhood.

Media reports said the two leaders also discussed Afghan peace process and the president sought Imran Khan’s help for direct talks with Taliban militants to end conflict in the war-torn Afghanistan. On the request of US President Donald Trump, Pakistan used its influence and made the Taliban agree to talks with the US for bringing peace to Afghanistan. Several rounds of talks have been held and there has been some progress as well, but the Taliban did not agree to talk directly to Afghan government.