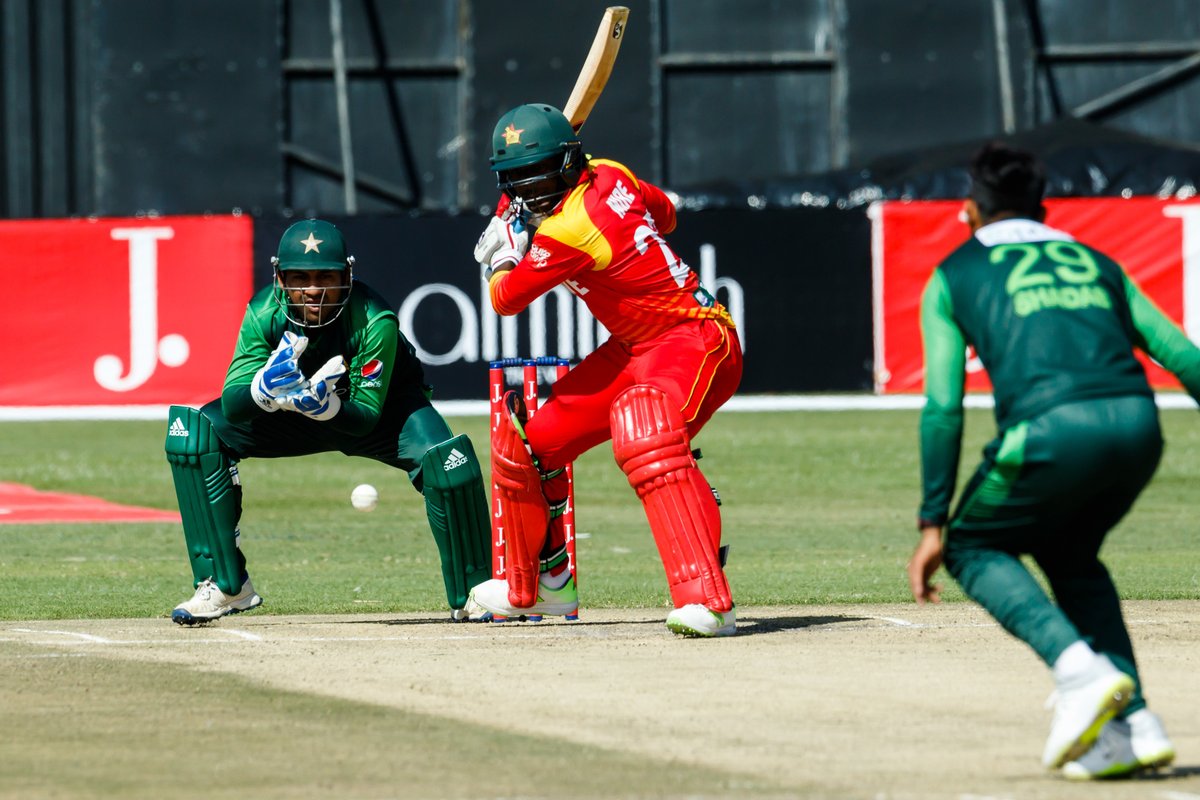 PESHAWAR: The last match of the five-match one-day international (ODI) series between Pakistan and Zimbabwe will be played today (Sunday).

The match will begin at Bulawayo at 12:15pm (PST). Pakistan will be looking for nothing less than a clean sweep after winning the first four matches of the series comprehensively. After setting few records in the fourth match, Pakistan will be looking for more records in today’s match. They may give Mohammad Hafeez and Mohammad Nawaz a chance who have still not played any match in the series.

Fakhar Zaman, who scored unbeaten 210 in the last match, which is highest for Pakistan in ODIs, can become fastest batsman to reach 1000 ODI runs in today’s match if he scored 20 runs.

Zimbabwe have failed to put up a fight in the series so far and they will be hoping for some improvement in the last match. They have tried different combinations during the series, but nothing worked.

The pitch and conditions are expected to the same as were available in the first four matches.