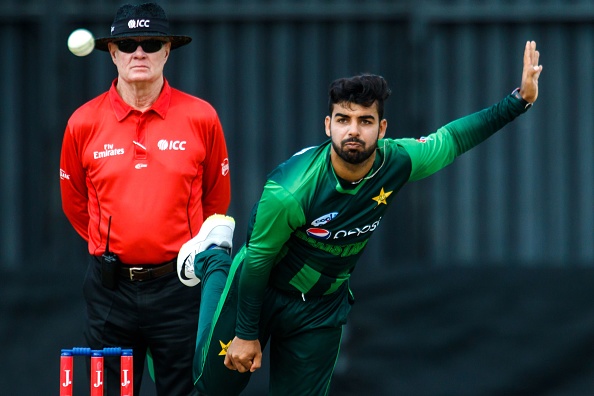 PESHAWAR: Leg-spinner Shadab Khan has suffered an injury blow ahead of the much-awaited World Cup has he is down with a viral infection which will require bed-rest for at least four weeks.

The exact nature of Shadab Khan’s illness is not revealed yet. Chief Selector Inzamam-ul-Haq said on Sunday that that the blood reports of Shadab Khan were not satisfactory and that the all-rounder has been excluded now from the squad selected for the five-match ODI series against England.

Pakistan will play one T20 and five one-day internationals against England from 5 to 19 May.

The Pakistan Cricket Board (PCB) said in a statement that tests of Shadab Khan revealed a virus that will require treatment and rest for at least four weeks or even more.

The Cricket Board will now arrange Shadab’s appointment with specialists in England to help him fully recover before Pakistan’s ICC Cricket World Cup 2019 opener against the West Indies on 31 May at Trent Bridge, the statement further said.

No replacement has been announced for Shadab Khan so far. Asif Ali and Mohammad Amir have already been included as additional players to the 15-men World Cup squad that will tour England.

All the participating teams in the World Cup, including Pakistan, have the facility to make changes to their World Cup squad before 23 May without seeking prior consent from the International Cricket Council. In case Shadab doesn’t recover in time for the mega event, he may be replaced by one of the reserves, Amir or Asif.

Shadab Khan was termed by Prime Minister Imran Khan as Pakistan’s trump card for the England tour. His exclusion from the England tour and possibly from the World Cup will serve as a blow for Pakistan.

On the other hand, there is also a question mark on the fitness of all-rounder Mohammad Hafeez, who has been included in the World Cup squad despite being still recovering from the finger injury he picked up during the Pakistan Super League (PSL). His inclusion in the world event has been linked with his full recovery.