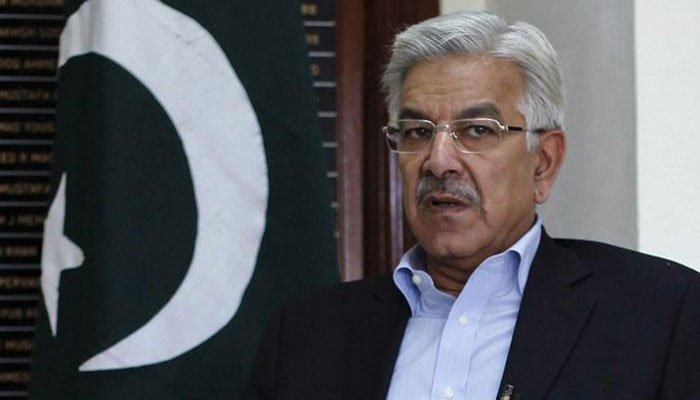 ISLAMABAD: Another turning point come for PMLN as the Islamabad High Court on Thursday disqualified foreign minister of Pakistan Khuwaja Asif for life over on the basis of an Iqama in Abu Dhabi.

Khuwaja Asif was declared ineligible unanimously for holding office, on the account of Article 62 (1) (f) of the constitution in a case related to Iqama (foreign permit).

The petition was registered by Usman Dar, who lost to Asif in 2013 general elections in the NA-110 constituency from PTI platform.

After reading the 35-page judgement, Khuwaja Asif was disqualified for life under article 62 (1) (f).

The top court has ordered to send copy of the decision to the Election Commission and do the further process. However, a notification to de-seat Khuwaja Asif from national Assembly has been issued to him.

On the other side, the foreign minister has challenged the court’s decision in Supreme Court. In this regard, the lawyer hired by Asif said that the accusations are baseless.