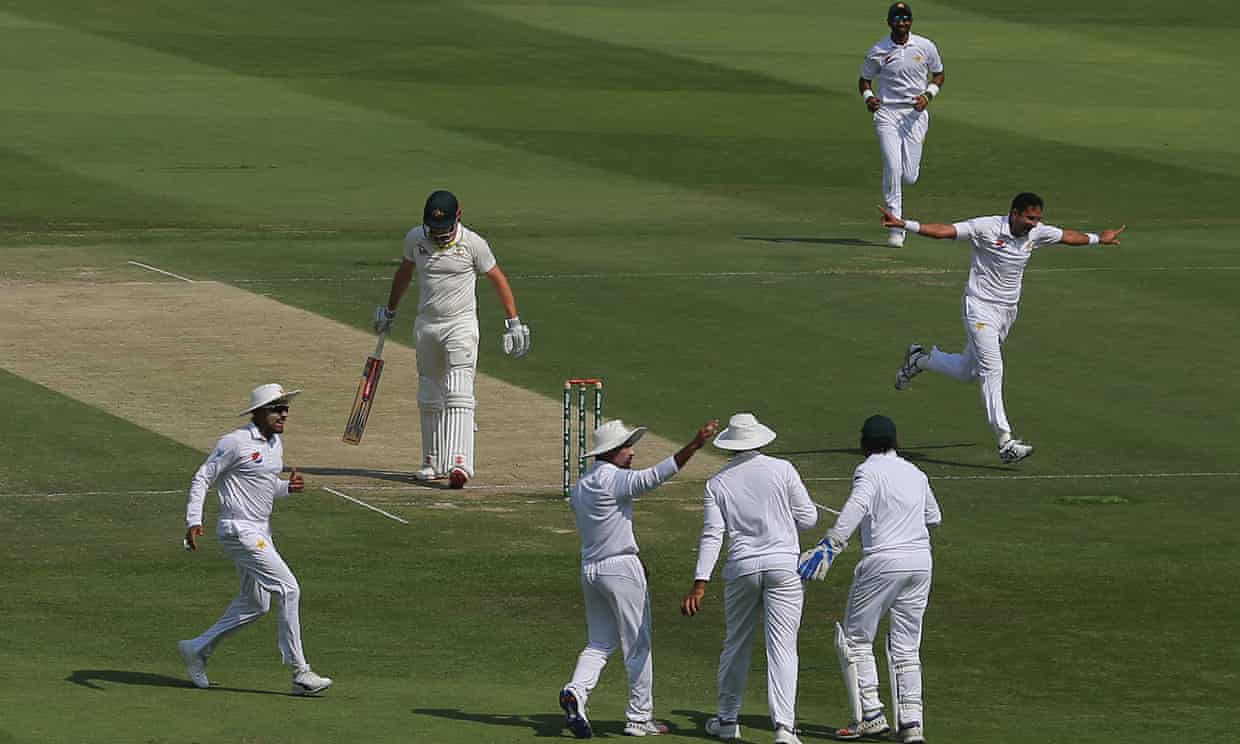 PESHAWAR: Pakistan gained an overall lead of 281 runs with eight wickets still in hand at the end of second day’s play in Abu Dhabi Test against Australia on Wednesday.

In response to Pakistan’s first innings total of 282, Australia were all out on 145 runs due to brilliant bowling of Mohammad Abbas who took five wickets. Bilal Asif took three wickets, while Yasir Shah took one wicket. For Australia, Aeron Finch was top run getter with 39 in the first innings.

Pakistan were playing on 144 for the loss of two wickets when the day’s play ended. Fakhar Zaman scored 66 runs, while Azhar Ali was unbeaten on 54. Starc and Lyon took one wicket each. Australia did not help their cause with not-so-impressive fielding. Pakistan will be looking to bat through the day today (Thursday) to take their lead past 400 or even more before declaring.

Australia will have to repeat the performance of the Dubai Test in the last innings to have any hope of saving the Test.